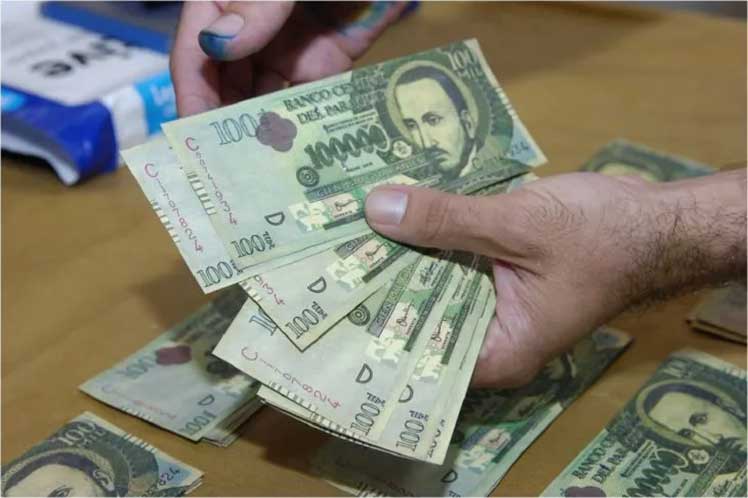 Also the survey of the Latin American Strategic Center of Geopolitics (Celag), of August 2021, reflected a very negative vision towards the management of the Government of Mario Abdo Benítez and evidenced the absence of political representation in matters that concern citizens, but that they do not occupy the authorities, according to the source.

Corruption in the country is precisely a matter of relevance and debate in the political and judicial sphere, and former senator Óscar González Daher was recently sentenced to seven years in prison for illicit enrichment and other charges.

The Celag survey also found that 83 percent agree with applying a tax to large fortunes.

In reference to the badly inhabited lands, 80.2 percent said that they should be reviewed and handed over to peasants and indigenous people, while 14.5 percent downplayed the issue.

The investigation also showed the great distrust of citizens towards state institutions, mainly Congress, to which 79.3 percent gave a negative evaluation of their performance, as did the State Attorney General’s Office and the Judicial Power, with 70.3 percent.

On the other hand, the institutions that enjoy the most trust are the Catholic Church and the Armed Forces, as well as the personnel of the Ministry of Health, according to Celag data.

Likewise, 76.1 percent believe that social assistance from the State is necessary for people with fewer resources to have access to a dignified life, against 21.8 percent who believe they are harmful.

Shortly after completing three years since the start of his term, the perception of the public towards the image of President of the Republic, Mario Abdo Benítez, indicates a negative view for 78.7 percent, the report indicated.

Likewise, it is highlighted that 89.6 percent believe that Paraguay should demand from Brazil and Argentina more income for the Itaipú and Yacyretá hydroelectric plants than it currently receives.