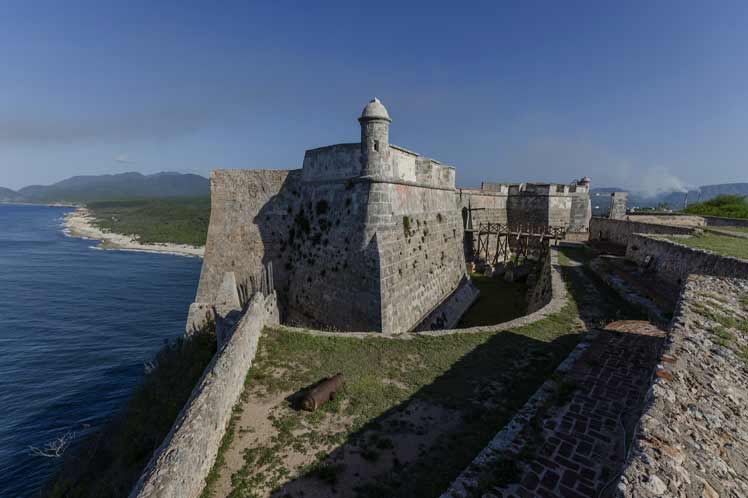 Very attractive spot due to the place where it is located and the history it holds, demanded by most travelers coming to the Island.

Located at the entrance to the Bay of Santiago, ‘San Pedro de la Roca’ Castle is a must-see for both Cubans and foreigners. A perfect place for pictures.

It was built as a result of commercial and political rivalries in the Caribbean in the 17th century.

The fortress is made up of a series of fortifications on a rocky promontory, built with the aim of protecting the important port of Santiago.

This complex of forts, bastions, and batteries is the most complete and best-preserved example of Spanish-American military architecture, based on Italian and Renaissance design principles.

The compound was included in the World Heritage List of the United Nations Educational, Scientific and Cultural Organization (UNESCO) in 1997. It underwent earthquakes of 1675, 1678 and 1679, but then it was rebuilt from 1693 to 1695.

San Pedro de la Roca stands out with its connected batteries of La Estrella and Santa Catalina along the channel leading to the port of Santiago de Cuba, and that of Aguadores on the southern level.

These fortifications protect the bay of Santiago, and welcome visitors granting them one of the most beautiful views of the entire island.

The authenticity of the castle is significant because it underwent little change from the 19th century, when it came out of service, until the 1960s, when restoration work began.

With the growth of maritime transportation in the Caribbean and the policy of king Phillip II on the fortification of the Spanish colonies, after losing naval supremacy in 1588, a ravelin and battery were installed there between 1590 and 1610.

It is built on a promontory with cliffs reaching up more than 20 meters. The terrain is such that the different elements were built in a series of terraces, one on top of the other, and linked by a series of stairways.

Its oldest part is the ravelin ‘Lengua del Agua’, where the fortification began in 1590.

During the War of Independence, the fortress was considered obsolete from a defensive point of view and was destined by the Spanish government to serve as a military prison.

On July 3, 1898, the castle witnessed the Naval Battle of Santiago de Cuba, between the Spanish naval squadron commanded by Vice Admiral Pascual Cervera and a North American one.

This historic event marked the end of Spanish colonial rule in America. After the conclusion of the Spanish-Cuban-American War, the fortress was occupied by the US Army, and in 1904 was registered as a property of the Cuban State.

Moreover, a few steps from the castle, or rather as part of it, is the lighthouse, from 1842, the second built taking as a model an existing one in England.

Either way, and from any of its spaces, this fortress is a well-preserved beauty, a must for those who come to Santiago de Cuba.