Torricelli and Helms-Burton Acts, ‘pearls’ of blockade against Cuba 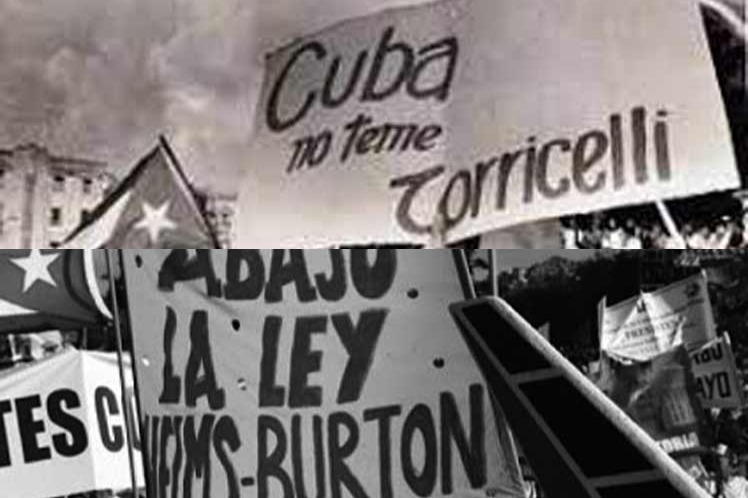 Torricelli and Helms-Burton Acts, ‘pearls’ of blockade against Cuba

In this regard, Desiree Llaguno, assistant professor of International Public Law at the University of Havana, considers that the implementation of sanctions against third parties is a common policy of US foreign policy, of which Cuba has been a sustained target for more than six decades.

The expert claims that Washington is using the blockade against Cuba for the declared purpose of changing the economic, political and socialist system that Cubans endorsed in their Constitution.

To implement the blockade against Cuba, Washington built ‘a complex and copious skein of laws, executive and presidential orders, memorandums, notifications, proclamations and determinations that have implemented a complicated system of sanctions for 62 years,’ she told Prensa Latina.

This leads to a convergence of rules of different nature and scope, and above all of multiple mechanisms for their modification, termination and abrogation as the case may be, which in no case allows for the automatic and integral elimination of this blockade policy, the lawyer stresses.

These legal instruments became a mechanism to maintain the same policy of strangulation towards Cuba, regardless of the vision of American presidents, according to Llaguno, also a member of the Society of International Law of the National Union of Jurists of Cuba.

She said that, the Torricelli and Helms Burton Acts in particular ‘are textbook examples of the violation of the principles of sovereign equality and non-intervention in the internal affairs of a State, mandatory regulations under international law.’