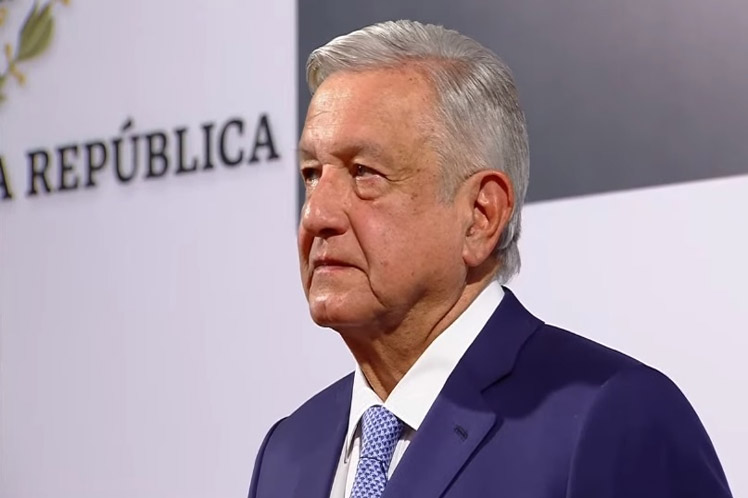 The head of State advanced that the proposal will be disseminated first so that the people can defend it because it is not possible that the principle of freedom to freely elect Mexican authorities continues to be denied.

I continue to maintain, the president added, that a sharp renewal is necessary in everything concerning elections, and that what we have advanced in democracy has been because of the people who are against those apparatuses, the National Electoral Institute (INE) and the Electoral Tribunal, which have acted in an anti-democratic way for ages.

The ruler deemed that ‘the people have pushed; therefore, changes have been achieved. However, we must continue in that way to get rid of corruption and authoritarianism; and hence, I am going to present the initiative of constitutional reform and disseminate it.’

The subject came up when addressing the issue of the opposition in Congress to an extraordinary session to legislate on the bill for the renewal of mandate, which would allow sanctioning a president who fails to comply with his obligations or commits a crime.

Yesterday, Lopez Obrador said, the conservatives opposed again a democratic exercise such as, the revocation of mandate. Now, it is the other way around. They no longer consider it convenient to carry out the popular consultation to ask the people if I stay or leave the presidency.

The reason, he stated, is that in their opinion, if the consultation is carried out, the people will support me, they will give me their trust and I will become stronger.

Democracy is the people, the people are the ones in charge. So, if the people support me, they give me moral and political strength. And then, the vested interests are affected, the president explained and thanked the people for their trust because that is how it is possible to work.

Lopez Obrador said the conservatives were all united against the initiative for the extraordinary period. Only one vote was needed to approve it, because a qualified majority, not a simple one, is required to call it. So 13 were more than 23, and all of them were pure Salinistas’ followers (former President Carlos Salinas de Gortari).

Now, the leader affirmed, it is necessary to wait for the new legislature as of September 1st.

However, it is necessary, he insisted, to observe the attitude of the INE and the Electoral Court, now turned into ultra-democrats by approving a vote-by-vote and box-by-box recount in Campeche, where the opposition was defeated.