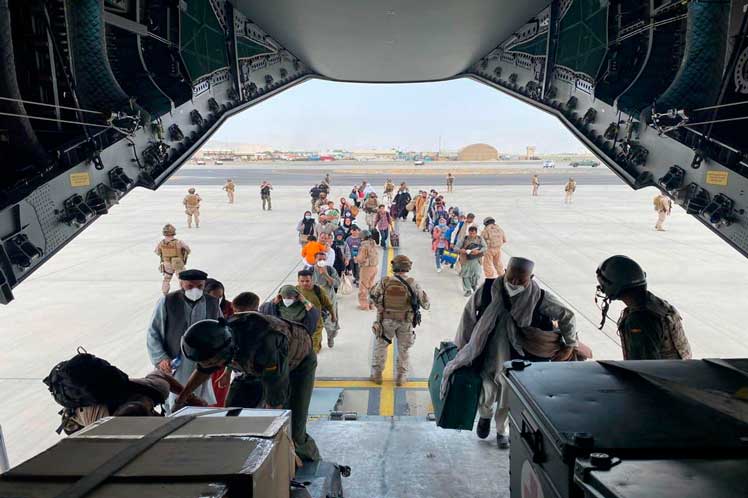 A statement from the Moncloa Palace announced that on Friday the first A400M arrived in Dubai at 06:45 (local time), and the second landed at 07:20, both inbound from Kabul.

‘These two flights conclude the Spanish evacuation of aid workers from our country and of Afghan collaborators and their families,’ the source said.

’81 Spaniards who were still in Afghanistan traveled in these last A400M flights from Kabul to Dubai, including personnel from the Embassy and military personnel from the Army and Air Force, four Portuguese soldiers and 83 Afghan collaborators of Spain, Portugal and NATO,’ it stressed.

The Spanish Presidency went on to add that the groups will arrive at the Torrejón Base from Dubai on an Air Europa flight at around 4:45 p.m. local time. The flight will bring in the dependent personnel of the Embassy, non-flight military personnel and the rest of Afghan collaborators.

In addition, it was pointed out that the crews of the aircraft (Air Force personnel, and probably some of the Takeoff Support Squadron), will rest one day in Dubai and return to Zaragoza on Sunday 29th in the three A400M deployed during the evacuation operation.

La Moncloa recalled that the Spanish Armed Forces launched this operation in order to evacuate 1,898 Afghan collaborators and their families, from Spain and other countries such as the United States and Portugal, the European Union, the UN, NATO, and the personnel of the Spanish Embassy in Kabul.

Yesterday, the Government of Spain assured that the 20 agents of the National Police deployed at the Kabul airport were unharmed by an explosion that occurred there, and reported the increase in the number of Afghan refugees in Spain, many of whom have already been referred to other areas after spending the first 72 hours in the Torrejón de Ardoz air base camp.