A Trump ally loses ground in the US 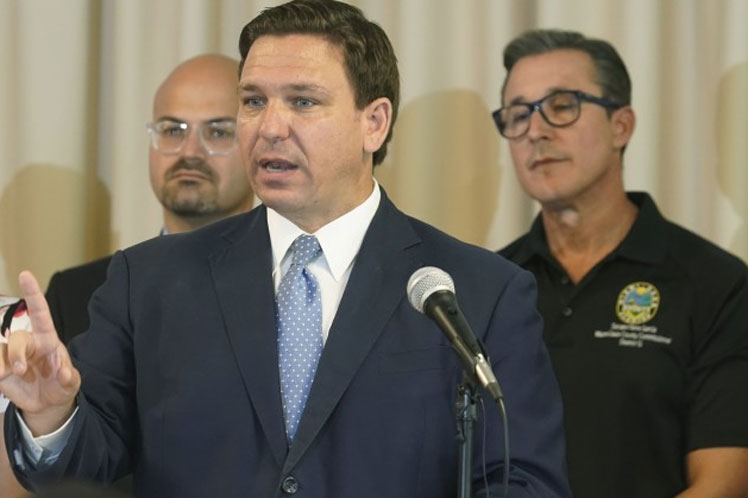 A Trump ally loses ground in the US

Some polls show a downturn in support for DeSantis, who is seen as a possible presidential candidate for 2024, and posed as one of President Joe Biden’s top foes on the use of the mask and vaccination mandates.

In his efforts, the conservative politician lost ground after the state he leads experienced over 200 deaths from Covid-19 per day, the highest death toll at any time in the past 18 months, and a record number of hospitalizations.

The governor is facing criticism because, for example, his opposition to the use of facemasks by youngsters restarting their studies is illegal, according to a Florida judge quoted by NBC News.

In that regard, a commentary by Charles M. Blow in The New York Times noted that perhaps no politician took Trump’s reins with more vigor -and disastrous effects- than Governor DeSantis, a man who believes he could be the next Republican president.

To achieve his endeavour within the Reds, according to the analyst, DeSantis has to have Trump’s blessing and be the complete opposite of Joe Biden and his administration.

If Biden veers to the left, DeSantis must veer to the right, even if his state’s hospitals are overcrowded and funeral homes overfill their capacity, Blow noted.

Unfortunately for the Republican, a Florida judge rejected on Friday his ban on the masks.

Drawing Biden into the open battle is what DeSantis wants and needs. To take attention away from the unbelievable tragedy that is occurring in his state, a tragedy of which he is complicit, he pointed out.

However, in the last week, 227 deaths per day from Covid-19 were recorded in Florida, on average, as of Tuesday, a record for the state and by far the highest death toll in the US right now.

A Quinnipiac University poll found that six in 10 Floridians support requiring masks in schools, and 61 percent say the recent peak of Covid-19 cases in Florida was preventable, something that could take a toll on the politician despite his numbers being better than Biden’s in the state.

Blow concluded on DeSantis’ alleged defense of freedoms with stonking words, ‘Yes, Florida, DeSantis is allowing you to choose death so he can have a greater political life.’