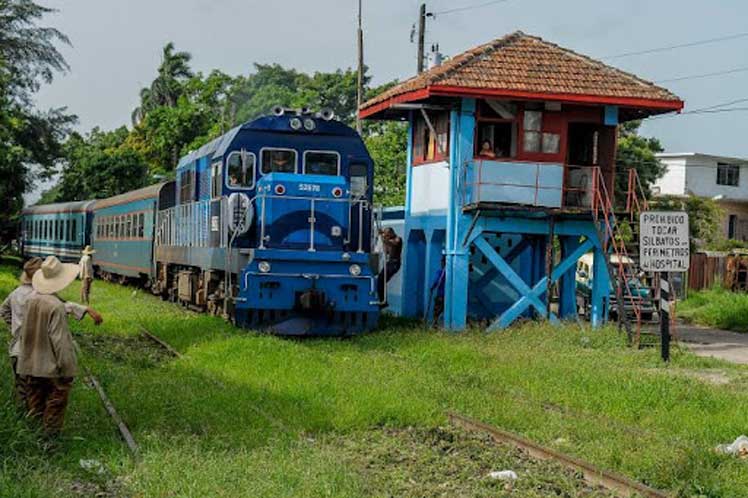 Its operations continue in times of pandemic, whether in cargo transportation, the manufacture of rail buses and the repair of equipment.

The investment program is also advancing, including the repair of Ciénaga workshop and the full restoration of the Central Railway Station, both in Havana.

The Ciénaga Workshop is intended to provide repair services for parts and pieces of Russian and Chinese locomotives, the last ones that entered the country to renovate the stock.

Investments occur in various provinces, and include workshops and establishments that serve locomotives and cars for the sugar industry.

The transportation of passengers by railroad is suspended in Cuba as part of measures to face Covid-19, Granma newspaper recalled this Tuesday.

In this regard, the deputy director general of the Union of Railroads of Cuba, UFC, Rolando Navarro, told that media that when the service is restored, the 80 cars of Chinese origin imported in recent years will be ready.

The official acknowledged difficulties for the maintenance of high-powered locomotives of the same origin, destined to move those trains.

Hernández said that the UFC has 58 medium-powered Russian locomotives acquired between 2018 and 2020, which are part of the sector’s modernization plan, meant to have 75 of these.

For his part, UFC Director of Transportation, Rubén González, commented that in the first semester of the year more than eight million tons of cargo traveled through the island’s railways, including donations received by Cuba.

At the end of July, more than 7,700 kilometers of railroads had been restored, according to UFC official Rolando Constel.