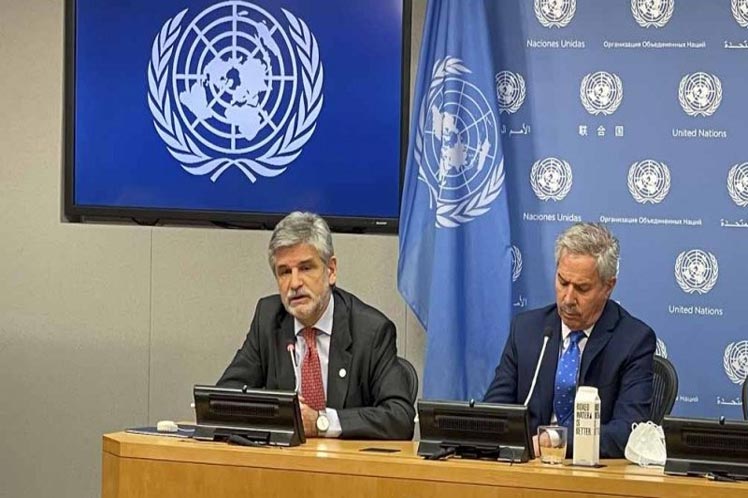 Buenos Aires, Sep 1 (Prensa Latina) Argentina's Foreign Minister Felipe Sola ratified today his rejection of Chile's decision regarding maritime spaces, with which it intends to appropriate part of the continental shelf of that nation.

The Minister of Foreign Affairs and Worship, and the Secretary of Malvinas, Antarctica and South Atlantic, Daniel Filmus, presented to the Senate, which debated a bill to reject the Chilean decree that decided to update its nautical chart including a part of the maritime southern platform of the Drake Sea and Cape Horn.

‘What is at stake are 5,000 square kilometers of Argentina’s continental shelf, unobjectionable, and at the same time 25,000 kilometers of seabed and subsoil that is part of the humankind heritage, which Chile with that decree appropriates,’ Sola highlighted on speaking to the Upper House.

The head of the Argentine diplomacy also emphasized that the Chilean aspiration contradicts the letter and spirit of the peace and friendship treaty signed in 1984, manifesting an expansive vocation that Argentina rejects. The aforementioned claim is contrary to Article 7 of such treaty, he set out.

During his speech, Sola noted that Chile cannot pretend to project its sovereignty, in any of those maritime areas, water, bed and subsoil, beyond the limits agreed in the aforementioned article, underscoring that it has the right to be in the west, not in the east.

The minister recalled that the issue of the continental shelf is not only dealt with annually at the meeting of the Commission on the Limits of the Continental Shelf, but also at the States Parties’ Convention on the Rights of the Sea; as well as, at the negotiation of the United Nations Assembly Resolution on oceans, among other forums.

Almost at the end of his presentation, Sola affirmed that they have to negotiate and resort to a court, but asked those who do not share the Government’s policy to say who is right.