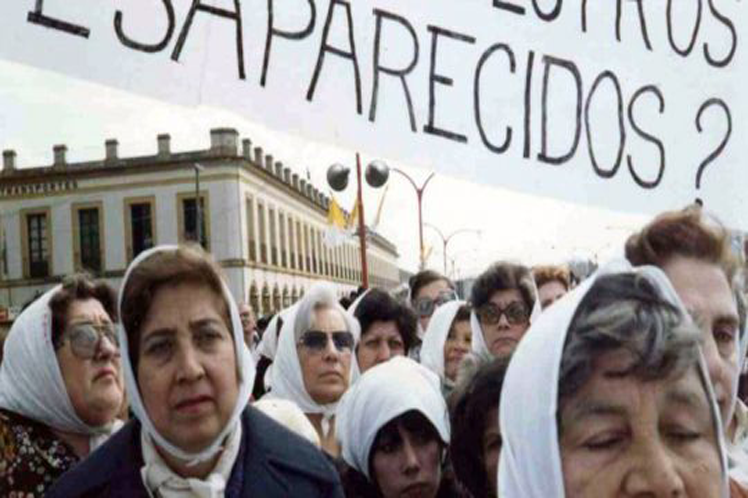 In an incessant struggle they have waged for four decades, the brave Grandmothers, who work every day to find the true identity of the children of their detained-disappeared sons and daughters, called on society to provide any information that contributes to this search.

‘Many times we believe what we saw, heard or remembered is not important, but, in the reconstruction of the destiny of the grandchildren that we seek, each piece of information is essential to discover the traces of those children -now adults- that the dictatorship snatched away from their families, ‘said the Association chaired by the prominent human rights fighter Estela de Carlotto.

Although they have managed to find the whereabouts of more than 130 grandchildren, almost 300 are still missing.

Each appropriation occurred within a family, a building, a block, a neighborhood, dozens of people attended, during the dictatorship, the arrival of that new boy or girl, many times from one day to the next, they specified.

The Grandmothers highlighted that rumors, silences, suspicions and sometimes certainties circulated around these cases of relatives, neighbors. Time passed and the search became visible, then doubts appeared about the origin of couples, friends, study companions, work.

Likewise, they remember that after these years there are families waiting to know if that nephew, brother, cousin, grandson, was born. Many men and women need the accompaniment that enables them to ask about their origin, to confirm that the doubt they have been carrying for so long is valid, they stressed.

In the campaign, entitled ‘Think about it again’, you can see several spots in which the actors and presenters Dalia Gutmann, Sebastián Wainraich and Marcos Rafael Gómez participate, who interpret situations of daily life that invite questions about the information of those who be victims of appropriation.

‘For the right of families who have been waiting for more than four decades and for those men and women to know the truth about their origin, so that the falsehood about their family history stops passing from generation to generation, the Grandmothers request support for the dissemination of this campaign and we ask for your participation, in case you find yourself in the situation of the protagonists, ‘said the long-lived women.

Many of these children, now over 40 years old, whose parents were murdered, were born in captivity and were handed over by the military to various families who changed their true identity.

Last June, the Grandmothers also promoted another campaign in which they asked to share photos of people in the 40-year-old age group, who have been vaccinated against Covid-19, in order to find their grandchildren.