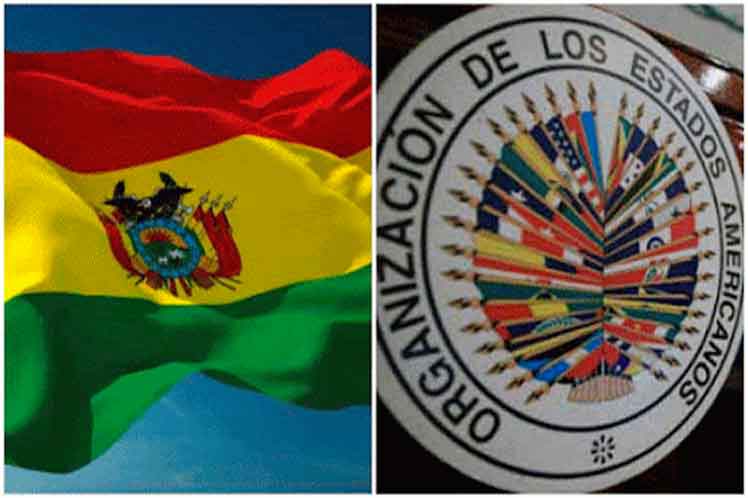 The adviser to the Ministry of Justice of the Andean country described as unfounded and hasty the preliminary document from the General Office of the organization about those elections, the Bolivian Information Agency added.

At that time, the de facto government signed a special agreement with the OAS, which the organization finally failed to comply with and whose content was different from those issued by the observation missions on the elections, Urquieta said.

According to Urquieta, the particularity of this regional entity document was that it allowed ‘an audit with technical, scientific and verifiable support, which in the end did not happen either’.

The agreement between the OAS and the government also ‘established that the report on the elections be made through the corresponding diplomatic bodies, which did not happen’, the judicial adviser added.

‘This preliminary document makes assertions that the OAS could not verify until today, but at that time it was a trigger for the coup’, Urquieta declared.

The adviser recalled that the coup executive opened up to that audit due to the negligence of the right-wing political parties that were part of it and ‘did not accept their defeat’ in the presidential elections of November 2019.

The unconstitutional rise to power of Jeanine Áñez and the overthrow of Evo Morales ‘were planned and engineered by the OAS General Office, with the participation of the governments of the United States, Ecuador and Argentina’, she said.

‘Not only do I say it, experts say it, there are more than 10 international reports on this issue saying the same thing’, Urquieta concluded.

Riots in November 2019 caused the death of 38 Bolivians and hundreds of wounded and detained, due to the repression of police and soldiers against popular protests defending the constitutional government of President Evo Morales.