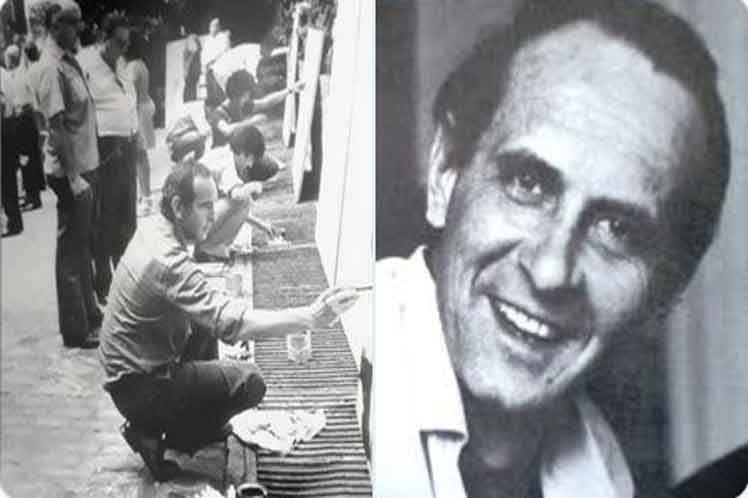 On its Twitter account, this institution, based in Havana, recalled this artist’s denunciation of crimes committed by the dictatorship, established in his country after the coup d’état of March 24, 1976, against then-President Maria Estela Martinez de Peron.

The US-backed military junta, the last and bloodiest of the six ones in Argentina during the 20th century, lasted until 1983; it was seven years during which between 9,000 and 30,000 were killed or went missing.

His paintings circulated on street posters, book covers, magazine illustrations, music album covers, flyers or left-wing publications, and he painted murals on many walls of the premises of unions and groups that opposed the dictatorship.

In the 1970s, he lived in Madrid, Spain, and traveled across Europe, the United States, Cuba, Mexico and Ecuador, but a year after the restoration of democracy, in 1984, returned to Argentina and painted a series of portraits of personalities such as Julio Cortazar and Roberto Arlt.

Later, he portrayed urban themes of the city of Buenos Aires, like tango, cafés, neighborhoods and tropical landscapes.

According to scholars of his work, shortly before his death on September 9, 1997, he painted a large portrait of Argentinian-Cuban physician and guerrilla fighter Ernesto Guevara (Che), placed at the Plaza de la Cooperacion, in Rosario city.