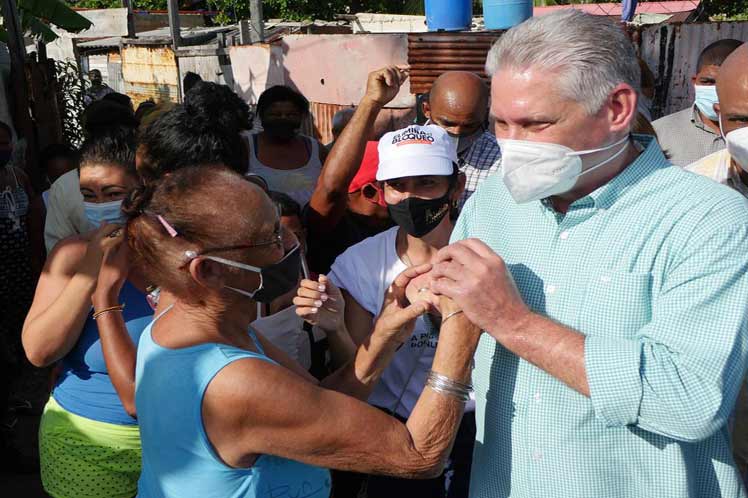 During a visit on Friday to the neighborhood of El Fanguito, in the municipality of Plaza de la Revolucion, Diaz-Canel emphasized that the bodies of the central administration of the State support the transformation actions, but what is done and the priority to do it are decisions made by the neighbors.

In this regard, the president underscored the major role of the Municipal People’s Power Assembly and the grassroots delegate, according to a television report.

At a meeting with members of the community, Diaz-Canel urged to beautify it and to make sustainable all the changes undertaken, through a work system and the participation of citizens, to improve the community’s well-being.

He referred to the cohesive action between the agencies and local governments in order to solve problems accumulated over the years, such as the water supply in the case of El Fanguito.

According to the Twitter account of the Presidency, the head of state spoke with authorities from the Communist Party and the government of the municipality and the province about the care and job and study offers for people without employment.

He also inquired about the care of women, drainage solutions in the event of probable floods, housing problems, roads and social works.

The president confirmed the construction and maintenance actions in the Young Computer Clubs, a medical office, primary and secondary schools, and commercial facilities, among others.