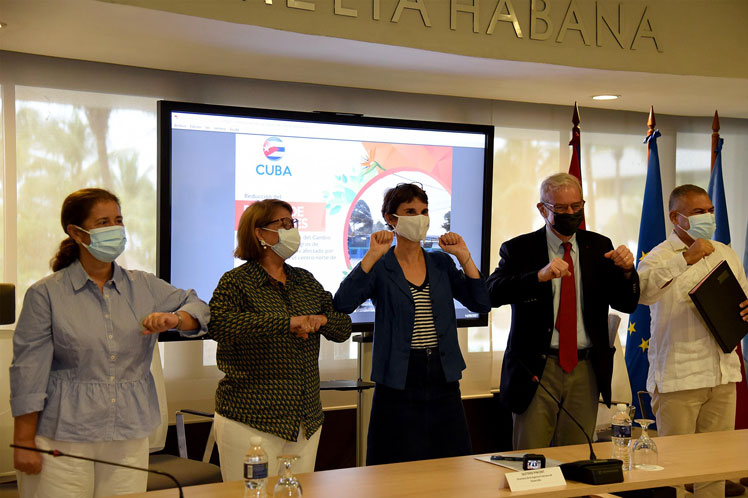 It is a proposal to raise management, preparedness, prevention and adaptation capacities in the face of flood and drought hazards in 14 municipalities in the provinces of Ciego de Avila and Camaguey, affected by the passage of Hurricane Irma between August and September 2017.

The project is planned to be materialized in 30 months, the proposal will be funded with 1.5 million euros by Euroclima for its implementation and supervision by the UNDP and the National Institute of Hydraulic Resources (INRH).

The INRH will act as a technical coordinator along with the Cuban Civil Defense authorities, the Ministry of Science, Technology and Environment and local stakeholders.

In the area chosen for the project’s execution, the monitoring and control network of hydro meteorological variables will be strengthened; as well as the data processing centers to improve the Early Warning system and increase resilience to extreme natural phenomena.

The initiative’s justification highlights that the selected municipalities are located in subway and surface basins of strategic interest for Cuba, and the provinces for the supply of water to the population and key sectors of the economy.

The project will transfer cutting-edge specialized technologies to strengthen data processing and transmission, and the monitoring system of the National Radar Center located in the central province of Camaguey, as well as create disaster risk reduction management centers and early warning spots.

The provincial media will also be strengthened to disseminate messages to the population to boost the rational use of water and increase risk perception, protection and responses in case of floods or intense droughts.

The UNDP resident representative in Cuba, Maribel Gutierrez, assured at the signing ceremony that the project will favor the State’s plan to combat climate change known as Life Task and Cuba’s economic and social development, as it will serve as a reference for the Caribbean and the rest of Latin American countries.

The signing of the deal was attended by the European Union ambassador to Cuba, Isabel Brilhante, the French ambassador to the country Patrice Paoli and Bladimir Matos, first vice president of INRH, and other officials of the French Development Agency and the Ministry of Foreign Trade and Investment.