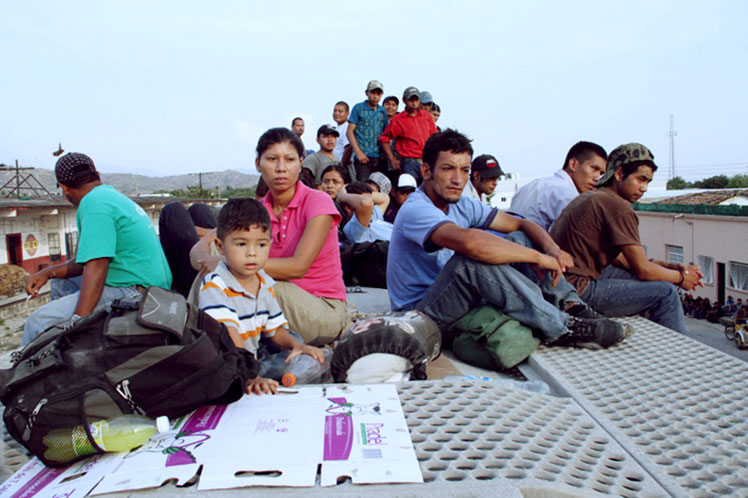 It points out that the flow of migrants has diverse origins, but those from Haiti are by far the most numerous, and the ones in a more dramatic humanitarian situation.

Most of them, it is explained, are fenced off in Tapachula, Chiapas state; There are thousands stranded on the border with the United States under the bridges that connect Acuña city, Coahuila state, with Del Río, Texas.

Yesterday it was reported that near Monclova city dozens of Haitians were walking along Highway 57 with the intention of reaching that same Coahuila state border town.

The newspaper considers that, beyond judgments about the performance of Mexican immigration authorities facing the crisis, it is clear that the country is overwhelmed by the massive arrival of people from Asia, Africa and Latin America.

The cause for this, it assures, is beyond the reach of Mexican authorities, not only the reasons that force thousands of people to leave their countries but also the inconsistency of US government with Joe Biden, who promised as a candidate an immigration opening that as president he has been unable to practice.

The newspaper believes that the government of Mexico has been clear and insistent in its proposal to the United States to address the root cause of the migratory flow from the so-called Northern Triangle of Central America, formed by Guatemala, Honduras and El Salvador, through the application of social programs.

Mexico has been successful in applying these programs, such as massive reforestation program ‘Sembrando Vida’ (Planting life), which create thousands of immediate jobs, and has proposed Washington to extend it to migrant-sending countries.

The newspaper points out the urgency of including in this initiative, as a priority, Haiti, undoubtedly the hardest hit by poverty, disease, political instability and, to top it off, by the effect of devastating natural phenomena.

Taking into account all disasters it suffers, it is not surprising that the poorest country in the hemisphere is the starting point of a massive emigration.

What is surprising is that the international community and nations in our continent have not undertaken common actions of solidarity allowing Haiti to overcome its most tragic and pressing circumstances, with the exception of Cuba, which has maintained constant aid to that country, the editorial thus concludes.