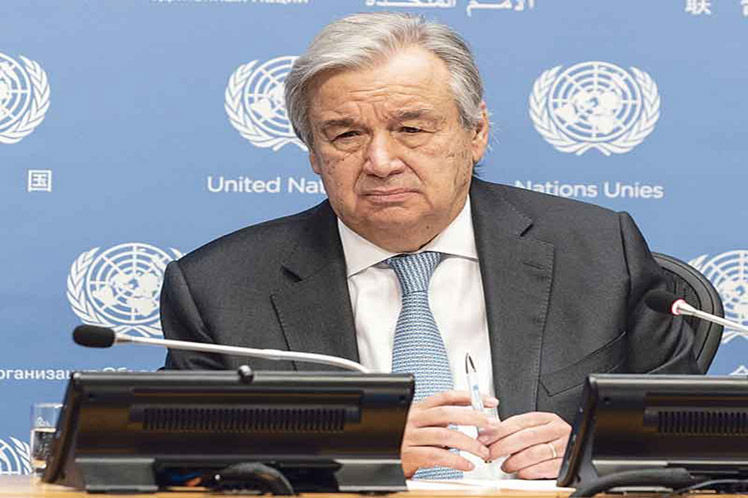 Furthermore, structural racism and systematic injustice still deny people their fundamental human rights, he stressed in his speech at the high-level meeting to celebrate the 20th anniversary of the Durban Declaration and Program of Action.

This anniversary, he considered, is an important opportunity to reflect on our position and where we should go.

Xenophobia, misogyny, hate conspiracies, white supremacy and neo-Nazi ideologies are spreading, while human rights are under attack, he stressed.

There is also a worrying rise in anti-Semitism, growing anti-Muslim fanaticism, mistreatment of Christian minorities and other forms of intolerance, he added.

The Covid-19 pandemic is an overwhelming proof that we are a long way from correcting the mistakes of the past and in some marginalized groups, death rates triple the average, he noted.

This new awareness, often driven by women and the youth, creates momentum that we must take advantage of, Guterres said, calling on each member state to take concrete action, including legislative policies, and through data collection support those efforts.

We can overcome and heal, if we recognize diversity as a potential and understand, as in the Durban Declaration and Program of Action, that the fight against racism is as much a global and universal endeavor as it is a fight in all societies.

We must act to rectify the global power imbalances, politically, economically and structurally, rooted from colonial rule, slavery and exploitation that continue to affect the present, he called.

At a time when we feel more divided than ever, the official said, let’s unite around our common humanity.