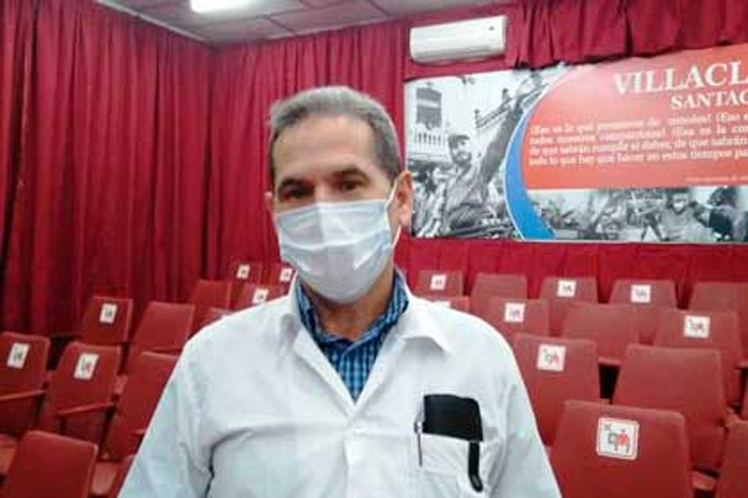 The expert noted that although 92.6 percent of the Cuban population has not contracted the disease, it is necessary to continue reducing the incidence, which in the case of Villa Clara, for example, is 1,168.11 per 100,000 inhabitants.

Dr. Aparicio noted the need to prevent reinfection among over 800,000 Cubans infected since March 2020 with the different variants of the virus.

He oriented to timely isolate the new Covid-19 cases, and to carry out a strict and methodical follow-up on all active cases in order to warn early if alarm signals appear and to act quickly and correctly.

The advisor indicated that each case should be correctly classified, and admitted according to their risks in order to ensure the best and most timely treatment, which could contribute decisively to avoid aggravation.

He also urged to resume the vaccination cycle of subjects who interrupted, for one reason or another, the initiated scheme, after a first or second dose of Abdala, as long as there are no exclusion or postponement criteria.

The doctor called for an increase in the coverage, resolution and sustainability of Primary Health Care (PHC), with differentiated actions in the areas with the highest incidence rates and risk of transmission, as well as compliance with hygienic-epidemiological measures and action protocols.

Dr. Aparicio called for special attention to be paid on vulnerabilities in populations with large numbers of elderly people, social institutions (nursing homes, psycho-pedagogical centers, psychiatric hospitals), as well as healthcare workers and students who work in red zones or biohazardous areas.

He urged to reinforce health measures in the urban population (77.1 percent of the country), where the speed of spread is higher, due to crowds, lower risk perception and proximity among people.