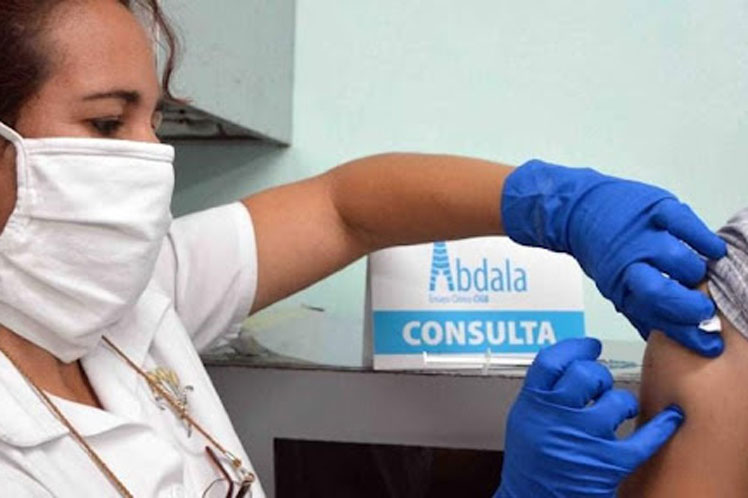 The MINSAP said that 8,715,714 people have received at least the first shot of Soberana 02, Soberana Plus or Abdala, that is, 76 percent of the country’s population (about 11.18 million).

That indicator is above the world’s average, since only 44.1 percent of people throughout the world have had a first shot, according to the information platform Our World in Data.

Out of the eight million abovementioned Cubans, 5,876,682 people have received a second shot, and 4,788,410 have completed their vaccination scheme (three shots).

Cuba recently approved a new vaccination schedule that will allow the immunization of 92.6 percent of its population by late November, so this month, another five million people are expected to receive at least the first shot of one of the vaccines produced in the country.

Cuba is also the first country in the world to authorize a nationwide Covid-19 vaccination campaign for children, and according to official data, over 1.6 million children have already been administered the first dose of the Soberana 02 vaccine.

Furthermore, the Center for the State Control of Medicines, Equipment and Medical Devices (CECMED), the national regulatory authority, on Thursday authorized the emergency use of the Soberana Plus vaccine in patients of over 19 years of age who have recovered from Covid-19.