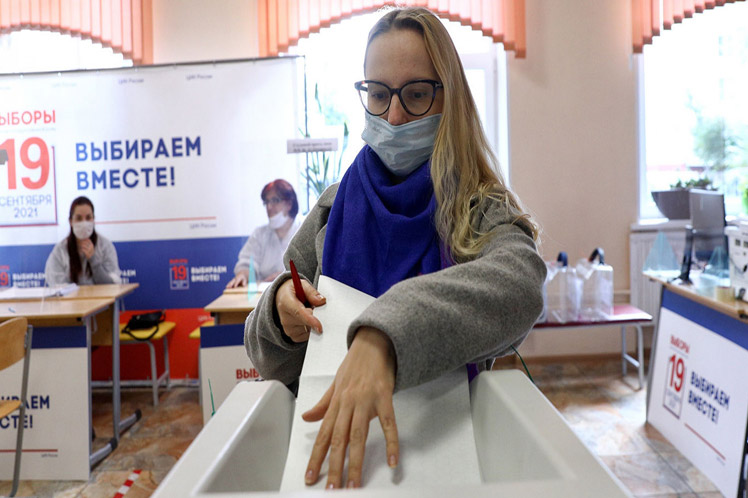 During a meeting with leaders of the political parties that won seats in the new legislature, published by the Kremlin, the president said that the composition of the legislature was determined by the citizens of the country, who ‘exercised their sovereign constitutional right.’

According to Putin, the September 17-19 elections were held openly, in strict compliance with the law and with a high turnout. He highlighted that more than half of voters participated.

‘I would like to thank once again the Russian citizens for voting at the polling stations or at home or, wherever possible, remotely. In any case, they fulfilled their civic duty, they made their responsible decision, which is the most important thing,’ he said.

The head of State said that the elections’ results convincingly confirmed the leadership of United Russia, a victory of party achieved, in his opinion, ‘in a difficult competition with strong rivals.’

He also considered that the increase in political parties in the Lower House demonstrates the development of democracy in the country.

Putin stated that the United Russia, the Communist Party of the Russian Federation, the A Just Russia-For Truth party and the Liberal Democratic Party of Russia confirmed their high parliamentary status.

He added that a faction, ‘albeit small,’ will be formed by the New People party.