Caravan in Mexico warned of new maneuvers against Cuba 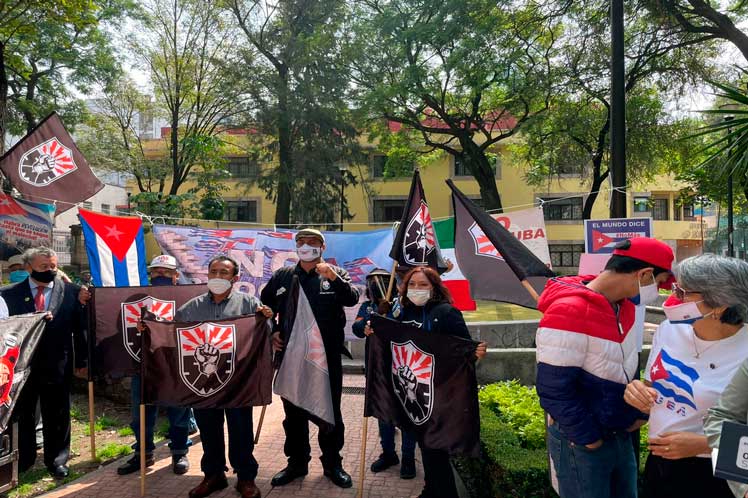 Caravan in Mexico warned of new maneuvers against Cuba

Members of the organization, with the support of solidarity organizations in Mexico, marched through Mexico City this Sunday to demand the government of US President Joe Biden to fulfill its electoral campaign commitments in the case of Cuba, and denounce new maneuvers by its adversaries.

In this regard, they asked in a statement ‘to be alert to attempts by other means to repeat events such as that of July 11 with robes of pacifism that do not exist, and with the same purpose of justifying an invasion to restore imperial rule they will never achieve.’

We cannot stop fighting for truth on social media and wherever we are. We must be informed and break the media siege on the island, and unmask those who, after the violence, now seek to show a pacifist image, the text added.

We continue to denounce the implementation of a fourth generation unconventional war in which they seek to pretext a ‘humanitarian’ intervention, which is really an invasion on which they have focused their attacks on the figure of our president Miguel Díaz-Canel, said the release.

We have to point out over and over again, he said, that it is the genocidal economic, commercial and financial blockade against Cuba imposed for six decades, the real obstacle to development and responsible for the lack of food, medical supplies, fuel, restrictions on imports. and exports.

It is a financial persecution, they denounce, through the application of Title Three of the Helms-Burton Act, which is not mentioned in most of the news reports in the world.

We witnessed how unsuccessfully they wanted to attack and cloud the visit that President Miguel Díaz-Canel made last week to Mexico and his participation in the 6th meeting of the Community of Latin American and Caribbean States, the text said.

Biden dared to declare that Cuba is a failed state, with its double standards and speaks of lack of human rights and freedoms, when the blockade is the greatest violation of an entire people, which resists and defends its right to choose its political system.

Contrary to this, international support for Cuba continues to grow and we deeply appreciate the words of President Andrés Manuel López Obrador for his support and recognition of the resistance of the Cuban people and their condemnation of the blockade, the statement said.