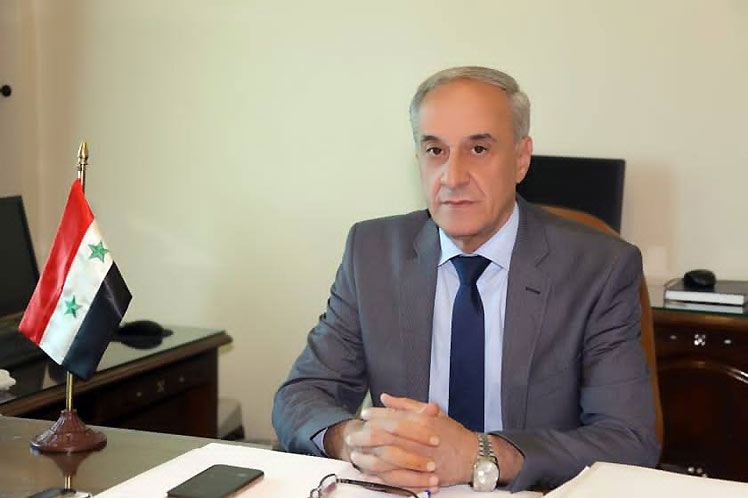 This change in the international arena towards Syria is a result of the failure of the project promoted by the U.S. and the West thanks to the firmness and sacrifices of the people and the support of allies, the minister said in an interview with national television.

He explained that the current situation in Syria is not the same as during previous years, and today many countries have resumed their communication with Damascus.

There are countries that have the desire and the will to do so, but do not declare it publicly for their own reasons, and if this happens, it would have a positive impact on international stability, peace and security, he stated.

Sousan added that this opening towards Damascus was reflected during the 76th United Nations General Assembly, where Syrian Foreign Minister Faisal al-Mekdad held meetings with 25 of his counterparts, with the Secretary General of the United Nations and five officials of international organizations.

In Sousan’s words, this in itself is very important because it broke the isolation that enemies tried to impose on Syria through political and diplomatic pressure.

He expressed belief that these meetings are of great importance not only in terms of numbers but because they are held at this level for the first time since the start of the war in 2011.

Regarding the possibility of Syria’s return to the Arab League, Sousan commented that Damascus looks to the future and not to the past, and considers the suspension of its membership a legal error.

Things will return to normal if this error is corrected and new approaches are adopted, the Deputy Foreign Minister concluded.

Turkey could smooth things over with Israel and Egypt

Turkey could smooth things over with Israel and Egypt