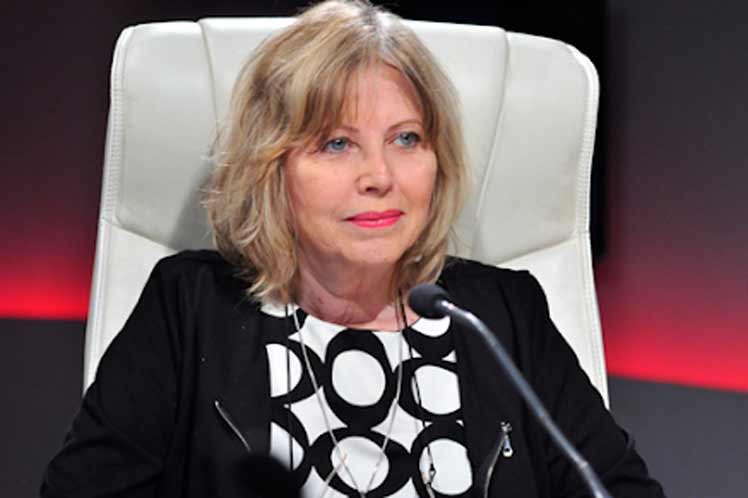 Havana, Sept 30 (Prensa Latina) Deeply moved, Dr. Maria Guadalupe Guzman on Thursday said the prize awarded by UNESCO to her work is a recognition to Cuba and a lifetime devoted to science.

‘Being one of the five women chosen by UNESCO, among all women who do science for life in the world, is incredible,’ the doctor told Prensa Latina in an exclusive interview.

The United Nations Organization for Education, Science and Culture (UNESCO) reported that the Cuban expert in sciences and director of Research, Diagnose and Reference at the Pedro Kouri Tropical Medicine Institute (IPK) is one of the five awarded women by geographical regions.

This is the 24th edition of the Women and Science Award (2022 edition), granted in conjunction with the French company L’Oréal.

In a brief telephone call, full of laughter and tears at the same time, Dr. Guzman confessed how these tears of joy were making her morning while she was reading the release published by Prensa Latina some minutes before.

When she stopped to answer our question, she added with a firm tone: ‘this prize also belongs to the Cuban Revolution; I would not have become the scientist I am without the revolutionary project of focusing science on development and improving the people’s health.’

According to UNESCO, Guzman stands out due to her pioneering work for a better understanding of dengue, a disease present especially in intertropical zones, which infects between 50 to 100 million people in the world every year.

The professor’s research has allowed a better grasp of the pathogenesis of dengue, the treatment of its symptoms and its prevention.

The Latin American Information Agency found Guzman doing this work. She was preparing one of the sessions of the current 17th Edition of the International Course on Dengue and other arboviruses, held virtually.

In fact, she is the one chairing this course, which is slated until October 1 by the IPK’s Collaborating Center of the Pan American and World Health Organizations for the Study of Dengue and its Control, the Cuban Society of Microbiology and Parasitology and the Ministry of Public Health.