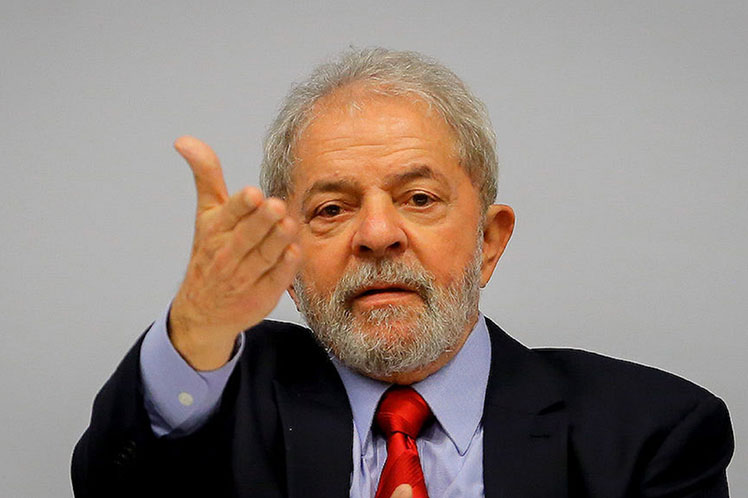 Asked about the possibility of a coup, Lula downplayed the risk and warned that in Brazil, anything might happen.

‘There was already a coup in April 2016, when legitimate President Dilma Rousseff was overthrown by an impeachment that had no foundations, no evidence. But if I have to answer your question, I don’t think so,’ Lula stressed.

Perhaps those who today are in power will find difficult to stay aside, they could refuse to step down, but in that case it will be the vast majority, 77 percent of the population, the ones who will oppose a coup, he stated.

He stated that the former military officer ‘went to the UN to lie. A fantasy. He described a Brazil that only exists in his head.’

About the deactivated Operation Lava Jato, Lula explained that with that judicial group there was a clear strategy behind what happened and the judges in the southern city of Curitiba, the anti-corruption judges, had stable contacts with the US Department of Justice.

‘There was Dilma’s impeachment, they accused me, they fabricated false evidence, they convicted me. I ended up in jail. My choice: I knew I was innocent, I had to stay to prove it. I had tenacity, strength and, ultimately, reason,’ Lula assured.

He pointed out that if he had left Brazil, he would have been a fugitive. ‘Without Lula, the right wing had a clear path to the presidency,’ he stressed.