Some 84.3% of Cubans has received one shot of Covid-19 vaccine 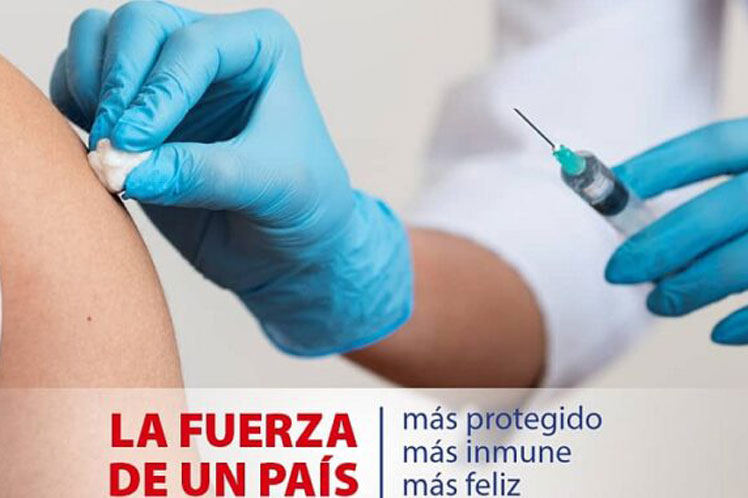 Some 84.3% of Cubans has received one shot of Covid-19 vaccine

Havana, Oct 2 (Prensa Latina) The Cuban Ministry of Public Health on Saturday reported that 84.3 percent of the Cuban population (9,434,924 people) has received at least a first shot of Covid-19 home-made vaccines.

Dr. Francisco Duran, national director of Epidemiology, while reporting this at his daily press briefing on television, said that, with the administration of the single dose of Soberana Plus to patients who recovered from this disease, 5,351,779 people (47.8 percent) have already completed their Covid-19 vaccination schedule.

He confirmed that 96.4 percent of the people eligible to be vaccinated has received at least one shot of the domestic vaccines.

Recently, Director of Science, Innovation and Technology at the Ministry of Public Health, Iliana Morales, explained that people who recovered from this disease less than two months ago and patients with acute illnesses cannot be immunized.

People who have undergone emergency surgeries and suffered other diseases, those stranded in other countries and children under two years of age cannot be vaccinated either so far.

The total number of doses administered in Cuba amounted to 21,292,523. The island has produce over 30 million doses of its vaccines.