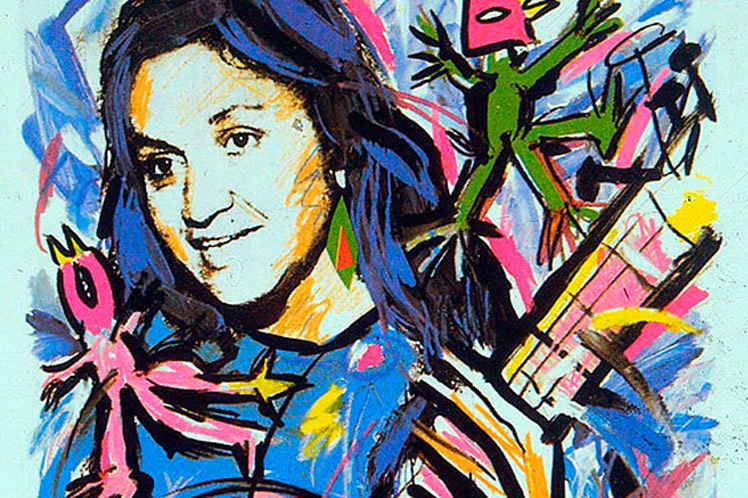 Violeta inhabits this House in many ways, was said in the commemoration of the 104th birth anniversary of the renowned Latin American folklorist.

In her honor, the institution shared in digital format the Music of Our America collection, a catalog of phonographic editions that preserve a core part of the region’s sound record.

According to specialists Layda Ferrando, Carmen Souto Anido and Diane Sariol, the selection shows significant moments that occurred in the House that constitute an essential part of the Cuban nation’s memory.

Among the events they record, the Protest Song Meeting, which took place in Havana in 1967 with representatives from 18 countries, and the presentation of Conchita Torres and Tomasita Quiala at the International Colloquium on Women’s Studies in 1998.

Of the artists that make up this jewel of Casa de las Américas, Cubans Silvio Rodríguez, Leo Brouwer, Enrique Pla, Pablo Milanés, Noel Nicola, among other then young composers of the so-called revolutionary song movement and anti-imperialist protest stand out.

The result, the scholars affirmed, was thanks to ‘the close collaboration with the Company of Recordings and Musical Editions over fifty years with the aim of spreading the cultural values ​​of Latin America and the Caribbean’.