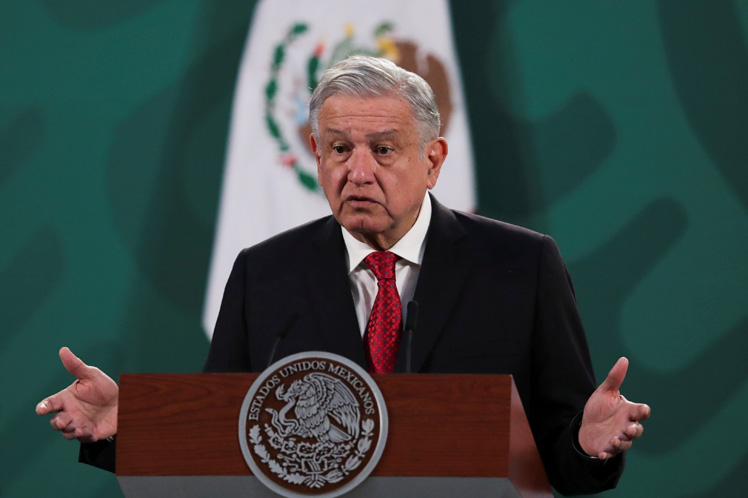 The offshore deposits investigation in Panama involves Mexicans, however, the president said, only four people close to the Morena government party are mentioned in the information in greater detail.

You have to do an investigation, see who is responsible because it has to do with the tax issue, find out if those people paid taxes when the offshore operations were carried out, the amount, if they committed fraud, he said.

Yesterday they published a large list of Mexicans who withdrew money to place it abroad, but there is no mention of Raúl Salinas, brother of former president Carlos Salinas de Gortari, who took out 100 million dollars from the City Bank without investigation, he added.

More than three thousand and those who leave are four of them, among them Julio Scherer Ibarra, who is no longer the legal adviser to the Presidency and his operations were in 1998 for just three million pesos -about 150 thousand dollars-. They dealt with shares received as a stimulus from the company where he worked.

It also includes, he said, the current Secretary of Communications and Transportation, Jorge Arganis Díaz Leal, related to the director of the Federal Energy Commission, and senator of Morena.

That is why we must wait for the investigation, the details, in what years were these transfers made, if they paid taxes, if there are illegal ones, see if there are crimes in those operations, and review the capital flight in general.

The important thing, he said, is that everything is investigated, how much money, what office, what financial funds, the origin of the money, because there is everything on that list: businessmen, politicians, legislators, not only from Mexico, but from all over the world. More should be known, that more is informed, and it is very good that everything be transparent.