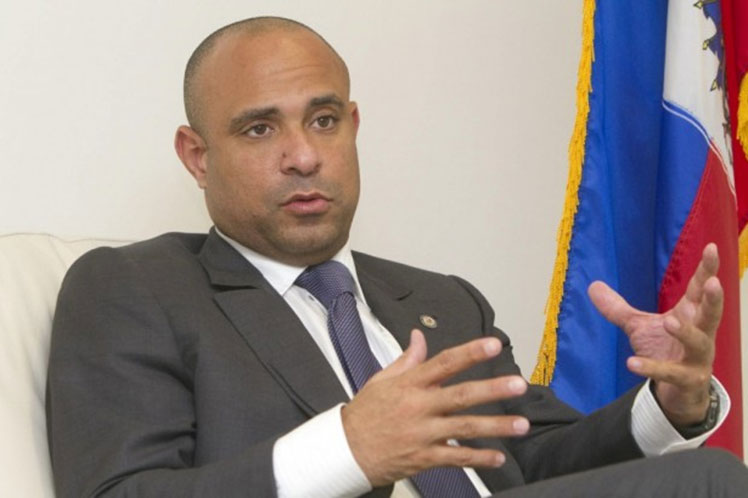 On a press release, he recalled that before being head of Government, he was an ‘international entrepreneur,’ and participated as a shareholder in the creation of the Global Voice Group company, which grouped 12 companies in 45 countries in Africa and the Caribbean, working in the fields of telecommunications, cyber security data management, software, prepaid accounts, investments and real estate.

The former PM also pointed out that the choice of the jurisdiction of registration for those subsidiaries is a decision that corresponds to the group’s board of directors as part of their strategic vision, and that in the utmost legality.

He also clarified that the Lightfoot Ventures is a real estate company and not a telecommunications company, as referred to in the report of the International Consortium of Investigative Journalists, and that it has never operated in Haiti.

According to the statement since Lamothe’s appointment as Foreign Minister in October 2011, he voluntarily resigned from the board of directors of Global Voice Group and its subsidiaries to avoid any possible conflict of interest, and withdrew from the company’s day-to-day operations.

The Pandora Papers revealed the alleged concealment and money laundering involving 35 sitting and retired government officials, as well as dozens of billionaires and hundreds of senior public officials from over 90 countries.

With regard to the former Haitian prime minister, the report acknowledged his dissociation from his companies before joining the Government, although it revealed that he remained a shareholder in some companies during his term of office, including three companies in the British Virgin Islands.

Postponement of Haitian penal code described as a victory

Haitian association calls to clarify deaths of journalist and lawyer

Postponement of Haitian penal code described as a victory

Haitian association calls to clarify deaths of journalist and lawyer