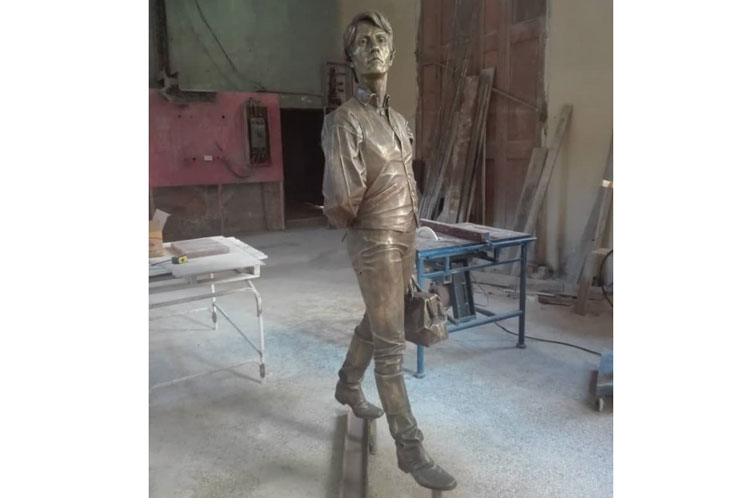 The replica of the sculpture installed in Havana’s Alameda de Paula (Paula Promenade) last year, is currently on its way to Switzerland, one of the main promoters of this project, writer Julio Cesar Gonzalez-Pages announced.

On his Facebook profile, Gonzalez-Pages, who is also a historian, informed that the artwork will arrive in different formats and sizes to the cities of Lausanne and Geneva, whereas another sculpture will be installed in Baracoa municipality, eastern Guantanamo province, Cuba, where she lived.

A precursor of the feminist movement in Cuba, Favez inspired the book ‘Por andar vestida de hombre’ (For Being Dressed like a Man), written by Gonzalez-Pages, whose research lured artists from different expressions to adapt the story to cinema, theater and music.

The initiative vindicates the legacy of this ground-breaking woman of whom practically nothing has survived, not even her body, because the graveyard in New Orleans, the United States, where she was buried was damaged by Hurricane Katrina in 2005.

‘There is not a single plaque to remember her, not on the door of her birth house in the Swiss city of Lausanne, or in any of the many places she visited,’ Gonzalez-Pages noted.

The life-size sculpture is currently located in the last place where she practiced medicine in Cuba, after being tried for having lived with a man’s prerogatives, because she practiced her profession, married a woman and fought the excesses of slavery.

This project, financed by the Swiss Embassy in Cuba, is an interpretation of the Swiss-Cuban physician by Villa Soberon, 2008 National Fine Arts Award winner and the creator of a score of sculptures inspired in prominent figures from Cuba or related to Cuban culture.