Castelar award granted in Spain to Moroccan ambassador to Cuba 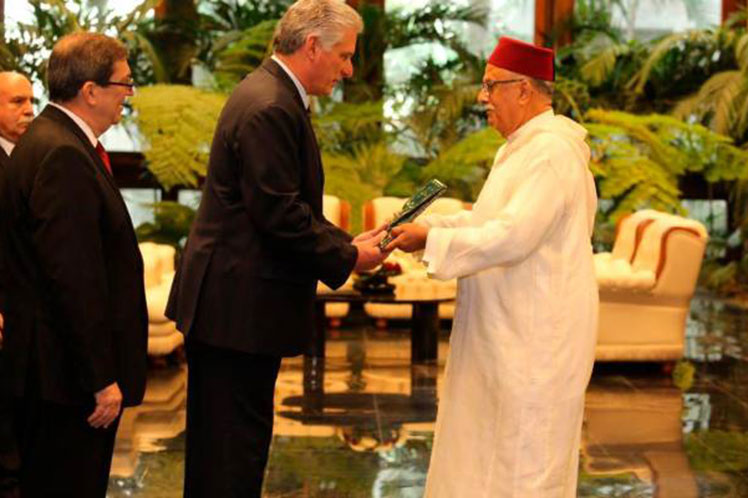 Castelar award granted in Spain to Moroccan ambassador to Cuba

Hispanist and long-time diplomat, El Attar will be one of those honored with the award in its eleventh edition for his international work and contributions, which also includes his position as Political Counselor of the Moroccan Embassy in Madrid.

In an article published by newspaper El Correo de Andalucía (Andalucian Courrier), writer and journalist Rafael Guerrero Moreno highlighted that El Attar promoted the Club of Friends of Morocco during his responsibilities in the Spanish capital, where he worked for eight years to improve ties between Spain and Morocco.

The Royal Alcazars of Seville dress up tomorrow for the Emilio Castelar Awards. They are granted to people, companies and organizations committed to the defense of freedoms, the progress of peoples and the construction of a better and more just society.

As a socialist, El Attar was councilor in Casablanca City and became a representative in the Moroccan Parliament, the majority of which supported two decades ago the progressive government of Abderramán Yusufi (1998-2002), recently deceased.

According to the article, despite the fact that Morocco and Spain are neighboring countries that have shared centuries-old history, memory and culture, unfortunately greater mutual recognition is lacking.

‘Old prejudices persist preventing greater permeability that produces drives to progress and development for their respective peoples’, it said.

‘Atavistic prejudices persist that prevent greater permeability that generates impulses of progress and development for their respective peoples,’ he said.

That is why when, especially from Spain, professional, academic or social commitment merits of a Moroccan character are recognized, it is necessary to broadcast it and project the profile for general knowledge of the population, Guerrero Moreno argued.

Boughaleb el Attar, he added, is an enlightened and versatile man of peace and harmony who has always stood out for his passion for Spanish culture, which he learned from his earliest childhood in Alcazarquivir, emblematic city of the old Spanish Protectorate where he was born in 1949.

He also stressed that El Attar is a man of harmony who defends inter-culture and is highly appreciated and considered in Morocco for his deep imprint in Spain, where he displayed an intense activity of rapprochement and recognition between the peoples and the Hispanic and Moroccan political class.

Guerrero Moreno stressed that for more than three years he has represented the Kingdom of Morocco in Cuba, having been appointed ambassador for his great knowledge of Hispanic culture, as well as for his great intellectual background and diplomatic skills.

Boughaleb el Attar has managed in this short time, limited by the global Covid 19 pandemic, to normalize ties and promote common progress projects for both countries on both sides of the Atlantic, he said.

All in the context of strengthening the relationship with this great Caribbean country now facing with dignity the challenges of the sanctions imposed by the US Administration, he added.

Created in 2009 in the city of Seville, the Emilio Castelar awards have recognized different personalities from culture, communication or social activism.

Among them, coordinator of the Center for the Coordination of Health Alerts and Emergencies, Fernando Simón, journalists Jon Sistiaga, Iñaki Gabilondo and Ana Pastor, as well as singers such as El Chojin, Rozalén and intellectuals like French Sami Nair.