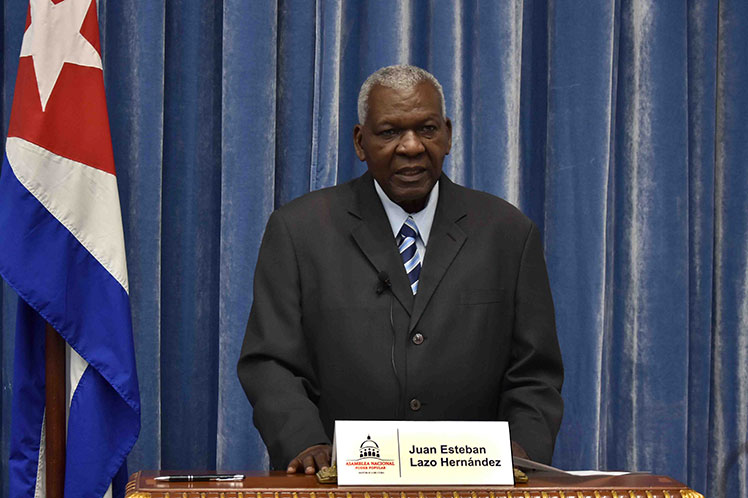 On speaking at the 7th African Continental Meeting of Solidarity with Cuba, the president of the Council of State also called for closer and more dynamic ties between the legislative bodies of those territories, based on exchanges of information, experiences and consultations.

Lazo thanked the participants in the event for supporting the fight against the US economic, commercial and financial blockade against Cuba for almost six decades, tightened with 243 coercive measures amid the Covid-19 pandemic.

He also pointed out that Cuba has admiration, affection and respect for that continent ‘to which we are united by deep historic, cultural, solidarity and sisterhood ties.’

The president of the Parliament recalled that over 1.2 million Africans had arrived to the Cuba torn away from their land by slave traders, which was fundamental in the formation of the Cuban nationality, he said.

In addition, Lazo underscored the participation of Afro-descendants in Cuba’s independence efforts, as well as the honor it meant for the country to have the opportunity to fight against colonialism and racism in that region in the second half of the 20th century.

‘We are certain that we will always be able to count on the solidarity of our African brothers and sisters,’ he emphasized.

The Continental Meeting, arranged by the Cuban Institute of Friendship with the Peoples, was to be held in Mozambique in November 2021, but due to Covid-19 it will be held online through the Jitsi Meet platform.

The meeting has among its goals the strengthening of ties, those present will ratify their rejection of Washington’s hostile policy against Cuba, and will pay tribute to Fidel Castro and Ernesto Guevara, internationalist symbols in the struggles for the independence of the peoples.