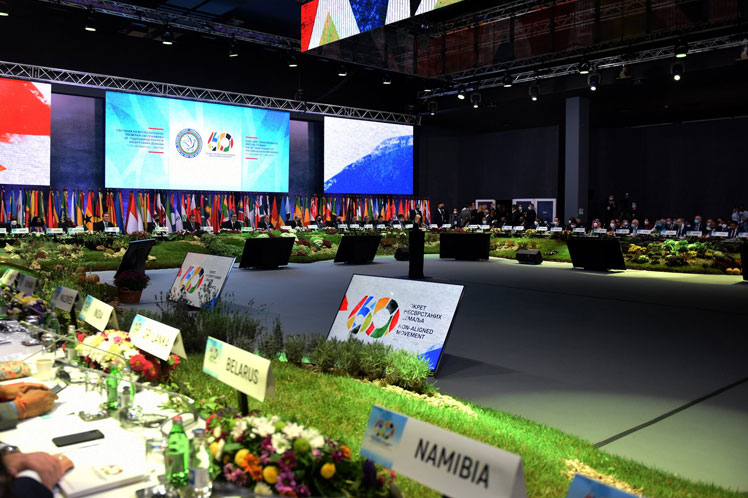 Belgrade, Oct 12 (Prensa Latina) Cuba's permanent representative to the United Nations, Pedro Luis Pedroso, on Tuesday highlighted the validity of the founding principles of the Non-Aligned Movement (NAM) and how its actions are vital today.

In his speech at the high-level meeting on the 60th anniversary of the First Non-Aligned Movement Conference in Belgrade, he stressed that the movement continues to face many pressing challenges and threats.

The proliferation of unconventional wars, the arms race, attacks, unilateral sanctions and the manipulation of human rights for political purposes, plus the devastating pandemic, compel us to continue to build a just, democratic and equitable international order that responds to the peoples’ yearning for peace and development, he said.

As in 1961, today, with a much broader and more representative membership from all continents, the unity and concerted action of the countries of the South is vital, the ambassador, who is in Belgrade, Serbia, for this commemoration, said. At this time, he added, it is essential to consolidate the unity of the Movement, continue to promote multilateralism, solidarity, cooperation and preserve consensus in the decision-making process.

Pedroso also thanked the NAM for its support to Cuba, its resounding condemnation of the inclusion of the island in the spurious list of States that allegedly sponsor terrorism and its historic support to the UN General Assembly resolution demanding the lifting of the blockade imposed by the United States.

He also recalled the Movement’s energetic condemnation of the terrorist attacks against the Cuban embassies in Washington and Paris, as well as against the most recent destabilization campaign aimed at undermining the rule of law and social justice elected by the people, he said.

Pedroso heads the Cuban delegation that is in Belgrade, Serbia, to celebrate the 60th anniversary of the First NAM Conference.