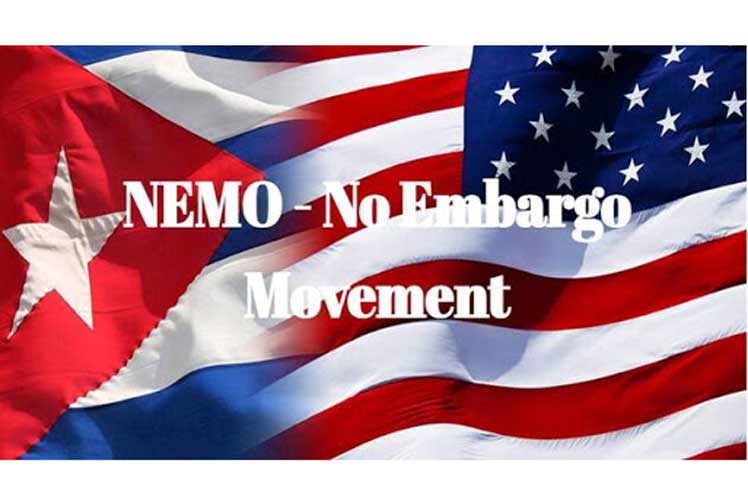 We reiterate our unequivocal support for the Cuban government and reject Miami extremists´ hostility, who take advantage of President Joe Biden´s inaction on present situation of the Cuban people, NEMO said.

In a statement, NEMO also condemned US State Department´s irresponsibility, which is aimed at promoting violence against Cuba, far from conducting talks to improve diplomatic relations between the two countries.

NEMO claimed that some actions are being promoted from Miami for November that could trigger unfortunate events in Cuba.

Many unprincipled people seize on Cuba´s temporary food and medicine shortage crisis to call for demonstrations and to create destabilizing situations in the country, NEMO stated.

The promoters of these events, however, do not mention that the crisis is a direct consequence of 62 years of economic blockade imposed by the United States on Cuba as well as the 243 sanctions implemented by the Donald Trump administration and cowardly kept unchanged by President Joe Biden amid the Covid-19 pandemic, NEMO stressed.

Such a reality is the root cause of dissatisfaction that led to past July’s riots, a destabilization situation financed, orchestrated and manipulated by US agencies and Florida´s far right organizations.

According to NEMO, the White House is only seeking to create despair on Cuba and convey a wrong image of chaos and ‘lack of control’ that allows them to justify a military invasion under supposed ‘humanitarian’ purposes.

Such incitements are a direct attack on the Cuban people´s sovereignty and its legitimate government, which was ratified by 86.5% of ballots cast in a free referendum, as its people passed a new Constitution just two years ago.

Those deeply involved in this farce and those who remain silent in the face of such manipulations, are not simple political adversaries or ordinary people who express their opinion ‘freely’, they are part of a crime against humanity, concluded NEMO.