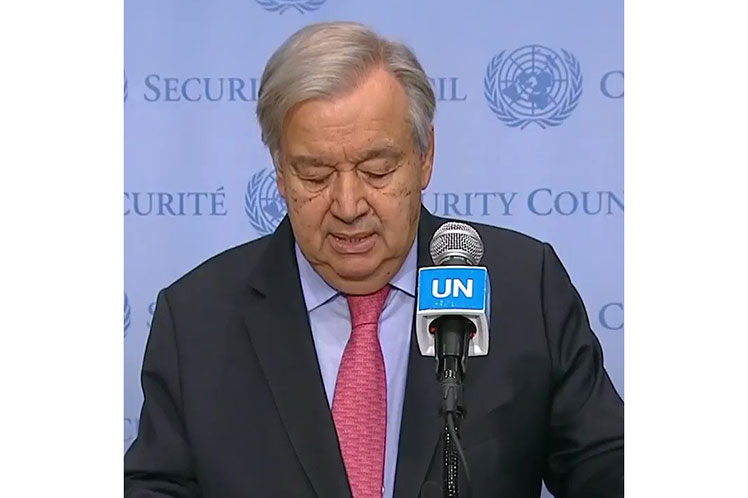 Guterres also doubled down on UN’s commitment to help move things on the right track.

On Monday, Guterres called for injecting cash in order to avoid an economic collapse in Afghanistan, as humanitarian crisis ramps up.

According to Guterres, instability in Afghanistan is currently affecting at least 18 million people, half of the country’s population.

UN agencies have already delivered food assistance to over 3.8 million Afghans and are continuing their large-scale humanitarian assistance in the country, despite budgetary plights, logistical challenges and an increasingly complex geopolitical situation, Guterres stated.

The UN High Commissioner for Refugees (UNHCR) provided relief items to more than 4,000 internally displaced people as well as to those affected by the conflict.

In addition, UNHCR is trying to establish a logistics center just outside the Afghan border so as to distribute aid to many hundreds of thousands of internally displaced people.

The UN Population Fund, on the other hand, set up four emergency clinics along the border areas in order to provide protection and reproductive health services to repatriates, internally displaced people and host communities.

Meanwhile, the World Food Program (WFP) warned there is no money to pay wages or buy food, medicine or drinking water in Afghanistan.

One million children’s lives are at stake as deaths from malnutrition draw near, so WFP urgently called for more funds for food deliveries.