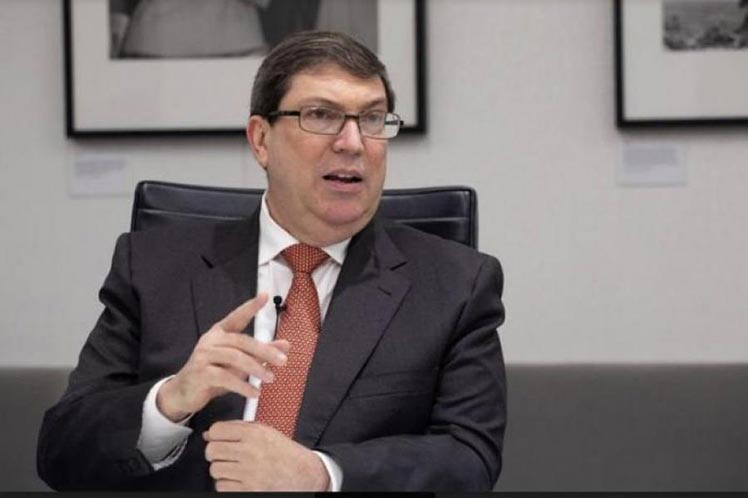 Havana, Oct 13 (Prensa Latina) The US Government is employing a multidimensional strategy against Cuba, which includes economic pressure and financing those who support its destabilizing agenda, Foreign Minister Bruno Rodriguez denounced today.

‘The US combines a policy of maximum pressure to smother Cuba and a brutal misinformation campaign, with the financing and open promotion of those who lend themselves to its destabilizing agenda of ‘regime change’,’ the foreign minister tweeted.

Rodriguez also shared an issue from Granma, the most widely circulated newspaper in the country, which reveals the goals of a march called for next November, whose organizers have proven links with subversive organizations or agencies financed by the US Government. On Tuesday, several Cuban municipal authorities denied the authorization to the call, through communiqués that evidenced its illicit purposes and double standards. In its issue, Granma newspaper, the official organ of the Communist Party of Cuba took up Article 45 of the Constitution, according to which ‘the exercise of people’s rights is only limited by the rights of others, collective security, general welfare, respect for public order, the Constitution and the laws.’

In that sense, the minister warned that the right to demonstrate cannot be used to subvert the political system, to overthrow the socialist project or to establish alliances with groups and organizations that receive financing from the United States.

Since the onset of the Covid-19 pandemic, the Republican administration of former President Donald Trump (2017-2021) increased 60 new economic sanctions against Cuba, to the 243 blockade measures applied since the beginning of his mandate.

In addition to the permanence of such behavior by the current US Biden’s Government, there are the disinformation campaigns and confrontation in the communicational field, based on the use of digital tools and social networks, which took advantage of the complex economic situation derived from the pandemic and its impact on tourism and other economic sectors.

Those actions have as an added element the calls to violence and to create social disorder, which have provoked the denunciation of the Cuban authorities in different scenarios.