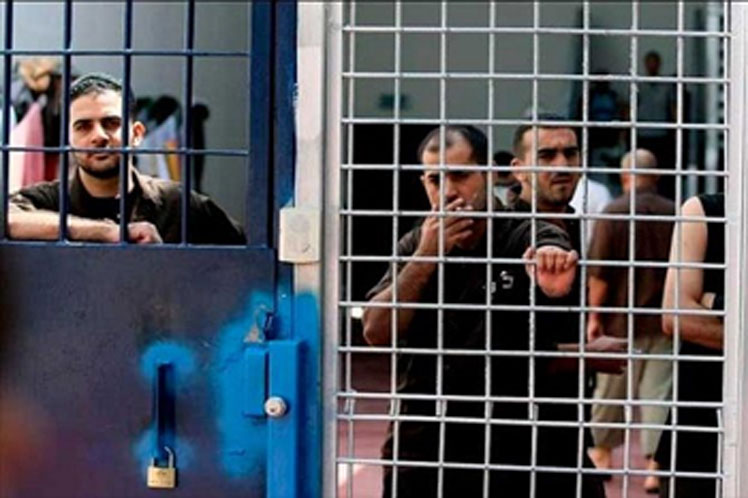 Ramallah, Oct 13 (Prensa Latina) Some 400 Palestinians detained in Israeli jails started today an indefinite hunger strike in protest against the repressive measures to which they are subjected.

The Palestinian Prisoners Society uncovered in a communiqué that almost all of them are members of the Islamic Jihad movement (PIJ), although the rest of the factions announced their support.

The organization referred that the decision to initiate the strike is part of an emergency program approved by the various groups to denounce and fight against the punitive measures implemented by the Israel Prison Service (IPS).

The 400 inmates are in a ‘state of confrontation and open clash’ with the IPS, Hassan Abed Rabbo, a mid-level advisor to the Palestinian Prisoners and Former Prisoners Affairs Committee, told Al Aqsa radio.

Following the escape of six Palestinian prisoners from the Gilboa maximum security jail on September 6, the IPS clamped down on the rest, particularly on members of Islamic Jihad, to which five of the fugitives belonged.

The actions included solitary confinement of numerous detainees and restrictions on access to services such as the canteen and television. However, what sparked fierce protests was the decision to relocate militiamen from that formation.

In response to the Israeli measures, prisoners set fire to cells in Ramon, Ofer and Kzi’ot prisons.

The escape of the six Palestinians, recaptured shortly thereafter, was celebrated massively in the Gaza Strip and the West Bank.

Amid that situation, the Popular Front for the Liberation of Palestine announced that its imprisoned militants will join the Islamic Jihad hunger strike.

The International Committee of the Red Cross recently stated to be seriously concerned about the deteriorating health of Fasfous and Qawasmeh, and warned of the ‘potentially irreversible consequences’ of such a prolonged hunger strike.