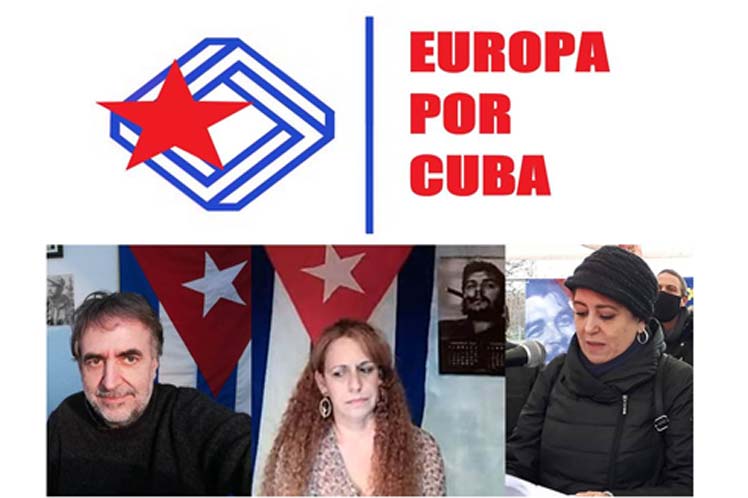 The platform, which broadcasts a program every Sunday on YouTube, will celebrate the first year of solidarity work on October 18th, which is why Prensa Latina spoke with three of its founders, the Spanish José Antonio Toledo and the Cuban residents in France Haydeline Díaz and Patricia Pérez.

‘We can say regarding this time of activity that the channel has been consolidating in its goal of uniting those who support (Cuba) and its Revolution from Europe and also beyond, although we continue to think about how to strengthen it each time more,’ Toledo said.

According to one of the moderators of the program, the path traveled represented a space to give a voice to those who fight for the island, those who repudiate the economic, commercial and financial blockade and the destabilization maneuvers and those who disseminate their reality, so manipulated and distorted.

‘We consider it a duty, and therefore we do not have the right to tire or skimp on sacrifices, despite the challenge we assumed with the creation of Europe by Cuba and the scarce resources available,’ he stressed.

For her part, Pérez highlighted the participation in the platform of Europeans in solidarity with Cuba, and Cubans who, although far from their homeland, are unconditionally committed to its defense.

During the dialogue with Prensa Latina, Díaz insisted on the recognition of all the people who in the last year made the broadcasts possible and the diversity of topics discussed in support of Cuba, and she pointed out the Italian Michel Mesagna, until very recently founder and host of Sunday broadcasts, which number more than 50, not counting special programs.