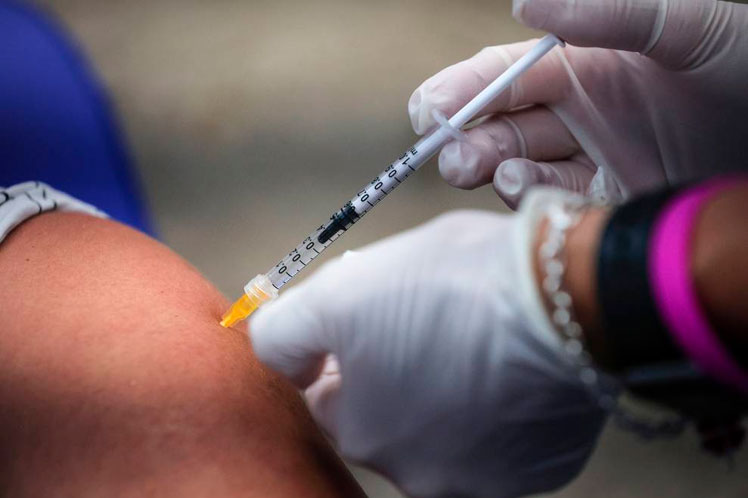 In a FDA´s advisory committee that will meet through tomorrow, advisers will review first data about Moderna and J&J booster doses.

According to CNN, FDA´s researchers have been trying a variety of combinations.

‘We first started off looking at people who have previously received Johnson & Johnson, Moderna and Pfizer and boosting those with an additional dose of Moderna vaccine,’ Dr. Angela Branche, an assistant professor at the University of Rochester School of Medicine who is helping run some of the clinical trials mixing booster doses, told CNN.

A preprint of that National Institutes of Health study posted online Wednesday says mixing boosters produced a robust immune response. The study, which included more than 400 people, has not yet been peer-reviewed or published.

The study also found it appears safe for people to get a Covid-19 booster different from the vaccine they initially received.

Side effects were similar to what people experienced with the initial shot. Half of the study participants experienced some effects including pain at the injection site, tiredness, nausea, chills, headache and muscle pain.

Pfizer was given emergency use authorization for a booster dose of its vaccine last month for certain people who are at least six months out from their initial two doses.

Moderna has worded its authorization request to mirror the EUA granted to Pfizer. It’s asking for EUA for a half-dose, but for a booster in people who got their first two doses at least six months ago and who are either 65 and older, at high risk of severe Covid-19 or those whose exposure at work or in their setting puts them at high risk of serious complications from infection.

However, Johnson & Johnson has been less precise in its applications for booster doses. The company has said it wants to leave the details up to the FDA.

Given this situation, Dan Barouch of Harvard Medical School and director of the Center for Virology and Vaccine Research at Beth Israel Deaconess Medical Center told CNN there is a lot of potential for mix and match regimens, but the data sets to date are very small.

‘I think the data will show that boosting is certainly likely to be very effective in conferring additional and longer protection.¨