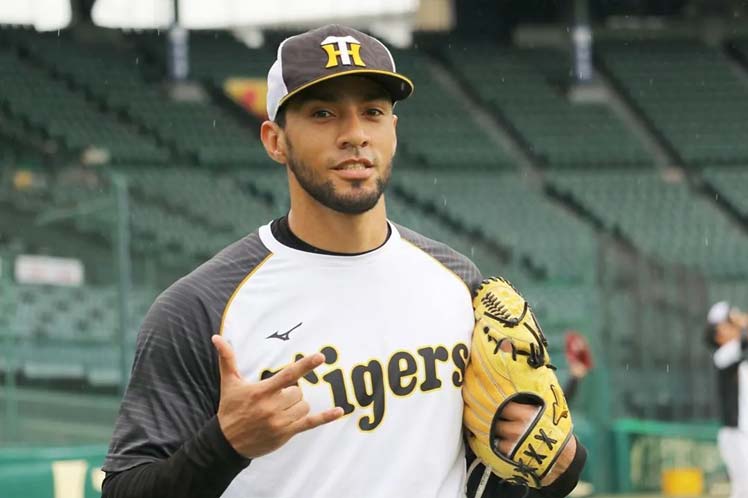 From the mound of iconic Tokyo Dome Stadium, Suarez struck out two of three batters, thus improving his ERA to 1.21.

Bat at hand, Dominican Mel Rojas hit it to base in two out of three times for the Tigers, increasing his average to .199, while fellowman Jefry Marte went blank in four at-bats dropping his to .270.

Meanwhile, another Dominican, Domino Santana, hit his 15th homer of the season in a 1-1 tie between Yakult Swallows and Chunichi Dragons. With his homer at Vantelin Dome stadium in Nagoya, Santana reached 51 RBIs and increased his batting average to .275, while for Chunichi, Cuban Dayán Viciedo went hitless in three times at bat to leave his average at. 277.

Meanwhile, Cuban catcher Ariel Martínez missed on two visits to the batter’s box and dropped his average to .254.

However, compatriot Raidel Martínez from the ‘mount of sweat’, struck the three he faced out, to keep the tie and lower his ERA to 2.15.

In other results, Lotte Marines beat Orix Buffaloes 6-1 in a match where Cuban shortstop Adeiny Hechavarría hit it to base twice, including a two-base in five times at-bat, pushed around two runs and finished with average of .208.

Finally in the match between SoftBank’s Hawks and Rakuten’s Golden Eagles, the former beat the locals 6-5, in a duel in which Cuban slugger Alfredo Despaigne went 2-1, with a single, a strikeout and two walks, leaving his average at .254.