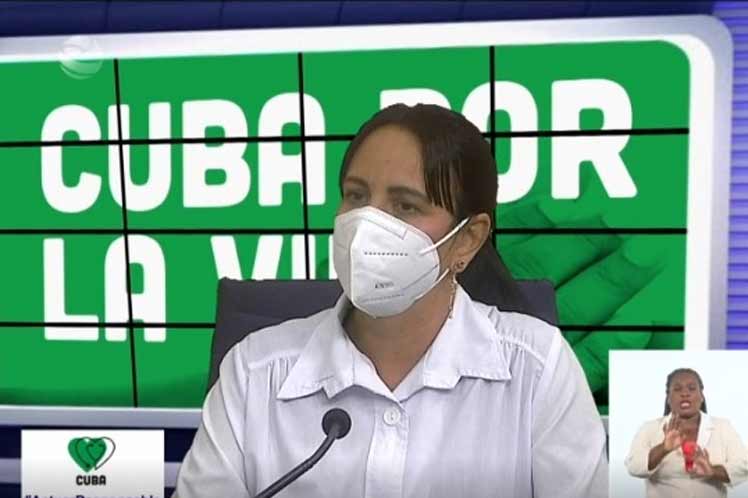 In a tv conference, the specialist explained that this group will be given two doses of the anti-flu vaccine with an interval of four weeks between them, in a process that will take place till next December.

They will also include small asthmatic children and pregnant women, regardless of the trimester of their pregnancy, and diabetic women between 19 and 24 years of age, she explained.

Subsequently, the adult population aged 85 and over will be vaccinated, as well as people in nursing homes, grandparents’ homes and psycho-pedagogical centers.

On the other hand, she said, the anti-Covid-19 vaccination in Cuba is progressing at an accelerated pace and since September 24 the island has been the first country in Latin America to apply at least the first dose to its population.

Data provided by Lopez show that 85.9 percent (nine million 719,850) of all the inhabitants of the Antillean nation (a little more than 11 million 180 thousand) have received the first shut of the national products Soberana 02, Soberana plus and Abdala.

Six million 790,452 people are fully vaccinated, which represents 60.7 percent of the Cuban population. This figure includes Covid-19 convalescents vaccinated with a single dose of Soberana Plus.

López added that almost all pregnant women in Cuba have already been vaccinated against Covid-19 and some 54,000 breastfeeding women have also received the immunogens.

The specalist compared the island’s data with the world indexes and pointed out that in the whole world only 36.4 percent of the population (2.84 billion) is fully immunized against Covid-19.

In total, some 6.67 billion doses of anti-Covid-19 vaccines have been administered worldwide.