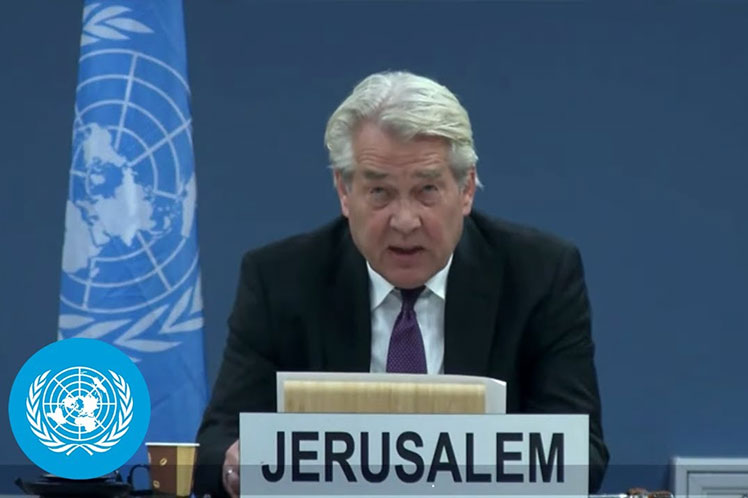 We must build consensus in support of a broader framework for engagement or face an increasingly desperate reality shaped by extremist voices and unilateral actions that will heighten the risk that Palestinians, Israelis and the region get into a more severe conflict.

Settlement activity, evictions, demolitions and seizures of Palestinian property, ISF military operations, particularly in Area A, and movement and access restrictions, including the severe closures on Gaza, further feed the cycle of violence.

Israeli and Palestinian civilians are suffering and paying a steep price for the persistence of the conflict, including the protracted occupation.

The security situation in Gaza remains fragile and the security dynamics in the occupied West Bank, including East Jerusalem, are deteriorating, including growing tensions in and around the Holy Sites.

A thaw in the political dialogue between the two parties is not the ‘end of the game’, but a stage on the road to ending occupation, repressing extremist voices.

I am concerned that Israeli authorities continue to consider plans for construction in E1. If constructed, these units would sever the connection between the northern and southern West Bank, significantly undermining the chances for establishing a viable and contiguous Palestinian State as part of a negotiated two-State solution.

Despite the enormity of the current political, economic and humanitarian challenges, we cannot afford to be pessimistic or passive.