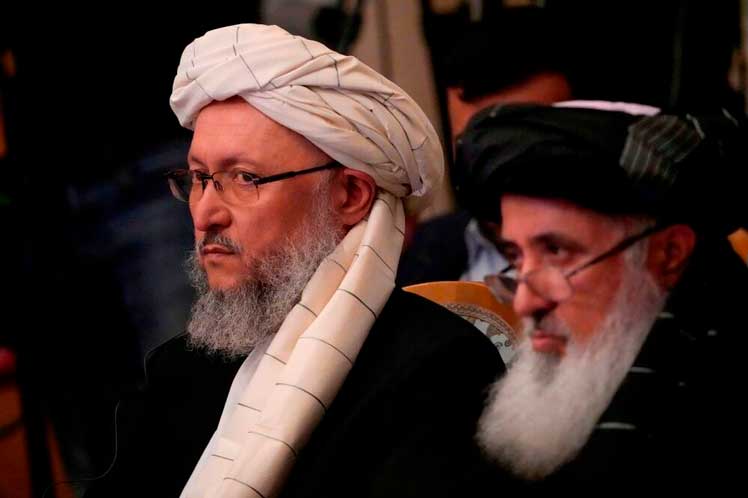 The representative of the radical movement, considered illegal in Russia and described as terrorist by the United Nations (UN), told the press that about 500 thousand employees are working with the new government.

Half of the cabinet members are on the list of the 1988 Sanctions Committee of the United Nations Security Council (UN), according to sources from the international organization.

Hanafi, who is participates in the Moscow format meeting along with other members of the Afghan Executive, pointed out that the Taliban do not need foreign military aid to fight terrorist groups in Afghanistan, the Sputnik news agency reported.

The deputy chief of the Afghan Executive pointed out that the Taliban wants to have good relations with the countries of the region and others abroad, and stressed that Russia can play a positive role in the development of Afghanistan.

For his part, the Minister of Foreign Affairs, Amir Khan Muttaqi, assured that the Taliban remains committed not to undertake aggressive actions against other countries.

‘With our actions, we show that the territory of Afghanistan will not be used against anyone since we committed to the Doha agreement. We remain committed to it,’ he emphasized.

This is the third meeting of the so-called Moscow format, created in 2017 to promote dialogue between the different groups facing each other in Afghanistan, with the participation of representatives from Russia, Afghanistan itself, China, Pakistan, Iran, India and the United States, who were absent from this conference.