Reopening of tourism in Cuba is safe, minister says 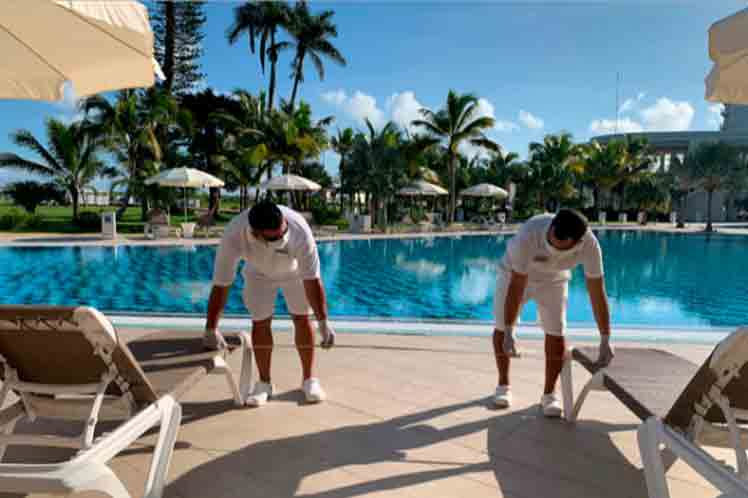 Reopening of tourism in Cuba is safe, minister says

Havana, Oct 20 (Prensa Latina) Minister of Tourism Juan Carlos Garcia said that health safety is guaranteed in Cuba for the reopening of trips as of November 15.

He meant that the protocols have been reinforced in hotels by a team of a doctor and a nurse, and the control of the health of both tourists and employees of the sector, in state and private facilities.

With the reopening, the measures are more flexible, despite the elimination of quarantines.

In addition, domestic tourism opens in places like Varadero and the keys in the center of the country.

The entire process is based on a system of vaccination of all workers, in addition to the fact that 90 percent of the Cuban population will have received a complete immunization scheme against Covid-19.

The minister pointed out that many airlines are interested in flying to Cuba, such as those from Canada, the United States, the United Kingdom, Mexico, Panama and the Dominican Republic, with the reinforcement of operations from Russia.

Flights by airlines like Iberia, Air France and Air Europa continue, and Cubana de Aviacion resumed its traditional routes to Argentina and Spain.

He considered that the quality of the offer planned for this period is superior to the one before the Covid-19 pandemic, with renovations.

Garcia expects more than 100,000 people to arrive as tourists in the remainder of the year, when 200,000 have already arrived, despite the pandemic.