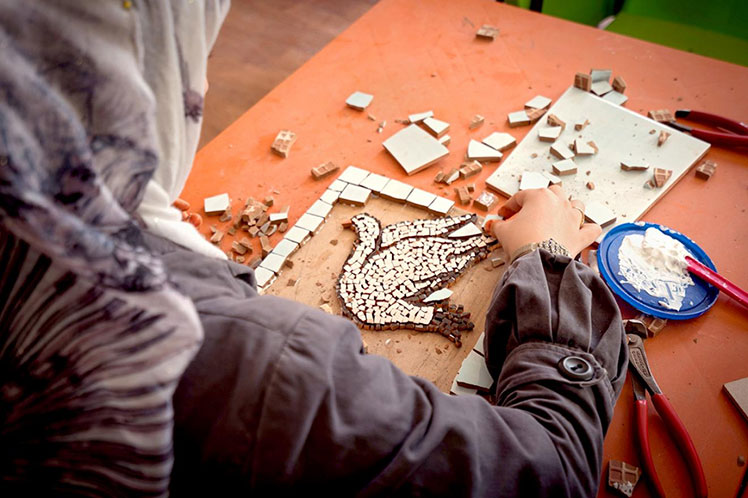 During his speech to the UN Security Council (UNSC), Guterres pointed out that today, women´s leadership is a cuase. Tomorrow, it must be norm since we cannot longer exclude one half of humanity from international peace and security.

‘In their hands: women appropriate peace,’ said Guterres, laying stress on the need to fully address challenges and gaps that continue preventing them from having the same right.

Women portrayed in the exhibition are on the front lines of the fight for peace. They are peacebuilders, change-makers and activists, defenders of human rights, decision makers and leaders. They´re mediating and negotiating with armed groups, implementing peace agreements and pushing for peaceful transitions, and fighting for women´s rights and social cohesion in their communities.

But they have been hit hard by conflict and violence around the world, as well as the Covid-19 pandemic, he added.

In this regard, Guterres asked UNSC members to support the work of the UN to strengthen alliances with local leaders, human rights defenders and activists, and to promote women as a whole based on equal participation.

The power imbalance between men and women remains ‘the most stubborn and persistent of all inequalities,’ he noted.

UNSC members also analyzed aspects collected in the historic 1325 resolution on Women, Peace and Security, adopted in 2000, which gave greater visibility to this issue within the multilateral organization.

According to UN´s reports, the effects of the Covid-19 pandemic have hit a negative impact on gender equality objectives, and with special force on women living in conflict-affected areas.

In addition, women remain underrepresented in decision-making process regarding the response to health crisis, and are more hit by unemployment, poverty and gender-based violence during the lockdowns.

UN considers G77 and China a firm supporter of multilateralism

Cuba defends commitment to non-violence against women and girls

UN considers G77 and China a firm supporter of multilateralism

Cuba defends commitment to non-violence against women and girls