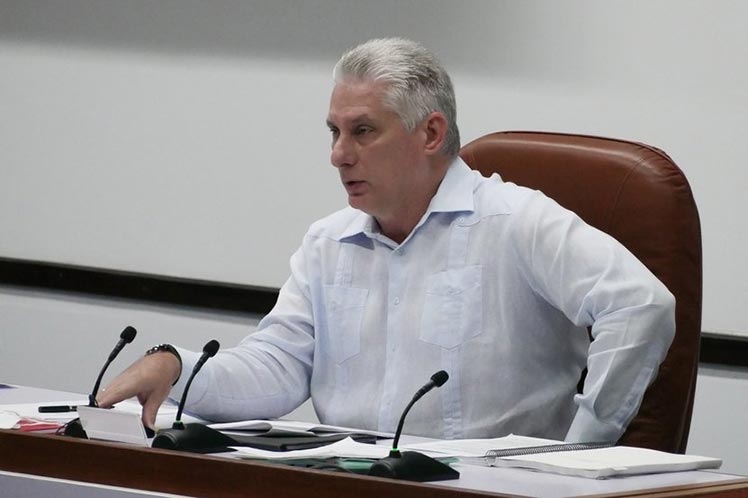 At the most recent meeting of the Council of Ministers, the Cuban leader praised the results of the immunization campaign and the efficacy of the vaccines developed on the island which, he said, began to be applied in very difficult conditions, with a high circulation of the Delta strain.

He recalled that in the last weeks the country has maintained a stable decrease in the number of daily cases, deaths, admitted patients and active cases, and the forecast models foresee that in the next few days the daily number of positive cases will drop below 1,000.

According to the Presidency’s website, during the meeting held last Wednesday, Diaz-Canel affirmed that with their proven high efficacy, vaccines have become a source of national pride.

They have helped us reach a new normality that now allows us to reactivate our economic activity, both state and private, he added.

In this sense, he pointed out that Cuba will reactivate the tourist activity and travels of Cubans; and opens the possibilities of exporting vaccines and services, which will increase the levels of income to the country, after almost all sources of financing were cut off for more than a year.

While referring to the impacts of the economic crisis due to the pandemic and the fierce blockade of the United States Díaz-Canel also mentioned the negative opinions of the population due to the shortcomings, the inflation, shortages in stores, the illegal foreign exchange market, the persistence of inequalities, the plight of retirees, the wage-price ratio, and corruption, among others.

The Council of Ministers also considered on this occasion a report on the economic effects caused by problems in foreign trade operations, a subject that is steady monitored in these meetings.