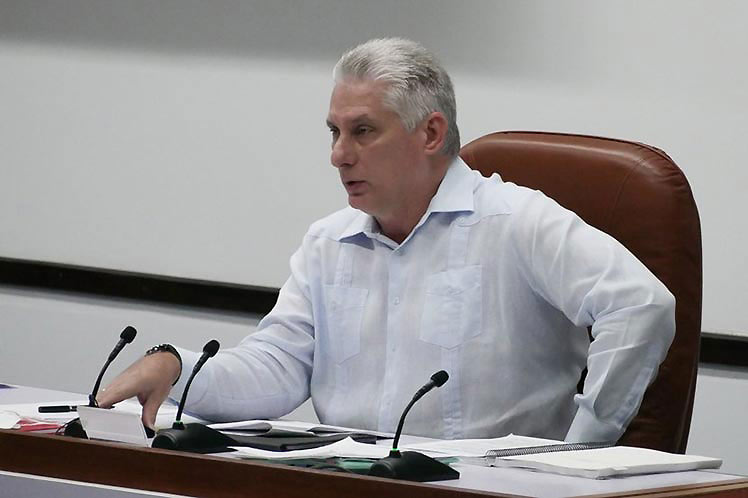 Havana, Oct 23 (Prensa Latina) President Miguel Diaz-Canel stressed on Saturday that Cuba must seek smart solutions to face different plights including inflation or shortages amid an ongoing blockade by the United States.

During the latest meeting of the Council of Ministers, the Cuban head of State expressed his conviction about the continuity of Washington’s blockade, and therefore, he urged local authorities to think about Cuba’s potentials to overcome such a harsh situation.

The Cuban president also mentioned the population’s viewpoints on the inflation that Cuba is currently experiencing, the shortage of staples, the wage-price ratio, issues that he asked to address with another provision.

‘What we have done today at the neighborhoods has nothing to do with the US blockade and it has been possible to do, it was in our plans, there was simply an inertia, it was more subjective than objective, we cannot let ourselves be defeated by situations, on the contrary,’ he said.

According to Cuban television, Diaz-Canel harped on the need to tackle down on social issues with the population.

This ‘gives us the chance once again of dismantling the US plans and proving the capacity of the Revolution; that is why we must continue working on consensus, keeping unity, recognizing the resistance capacity of the Cuban people and their dignity which they have been acting with.’

At another point in the meeting, Economy and Planning Minister Alejandro Gil pointed out that inflation, deficits in power generation, food production and wholesale and retail markets’ offers are major issues for the Government.

However, he regarded the inclusion of over 200,000 employees in different forms of economic management, including non-agricultural cooperatives and micro-, small- and medium-sized enterprises, as a positive element.