New world caravan to end US blockade against Cuba 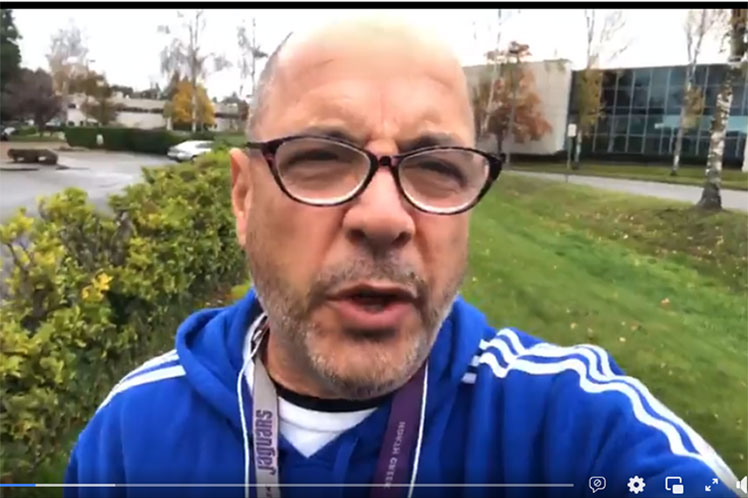 New world caravan to end US blockade against Cuba

In statements to Prensa Latina, the main promoter of these actions, Cuban-American Carlos Lazo, reported that the chosen date is next Sunday, October 31 and on this occasion, they are also driven by the words of Pope Francis.

A few days ago, he recalled, the Supreme Pontiff asked please that powerful and great nations stop the blockades against any country in the world.

The only nation on the planet that has suffered a blockade for more than 60 years is Cuba and we want to thank the Pope for his solidarity, join his words and march for the end of the blockade and for building Bridges of Love, he expressed.

As Lazo announced, he will be in Miami next Sunday to parade there with his brothers and sisters: they will leave the City Hall of that city in the morning, where they will do a brief act to end the sanctions that weigh on the Cuban people.

We call for all people who want an end to these sanctions to join us, who want the reestablishment of remittances to Cuba, the reopening of consular services and the restoration of the family reunification program at the Washington embassy in Havana, he said. .

Those who want, finally, Americans to be able to travel freely to the largest of the Antilles and know its reality can also join, he said.

Those who want to build Bridges of Love are invited to participate in this worldwide caravan from anywhere in the world, he stressed.

They can create their own initiatives that day and publish it on digital networks with the aim of calling for the lifting of the US sanctions that weigh on the Cuban family and demanding the end of the blockade, explained the activist.

Last July, Puentes de Amor walked over two thousand kilometers from Miami to Washington, and later they met with numerous activists in front of the White House.

There, Lazo gave the US government a petition backed by more than 27,000 signatures, in which they urge President Joe Biden to lift the blockade and improve relations with Cuba.

Likewise, he spoke on that occasion with the Assistant Secretary for Western Hemisphere Affairs of the US State Department, Emily Mendrala.

Puentes de Amor regularly carries out caravans in various cities in the United States to demand the end of the US blockade and the more than 240 sanctions imposed by Washington against the Caribbean island.

From many cities around the world, many activists join this initiative in solidarity with Cuba and its people.