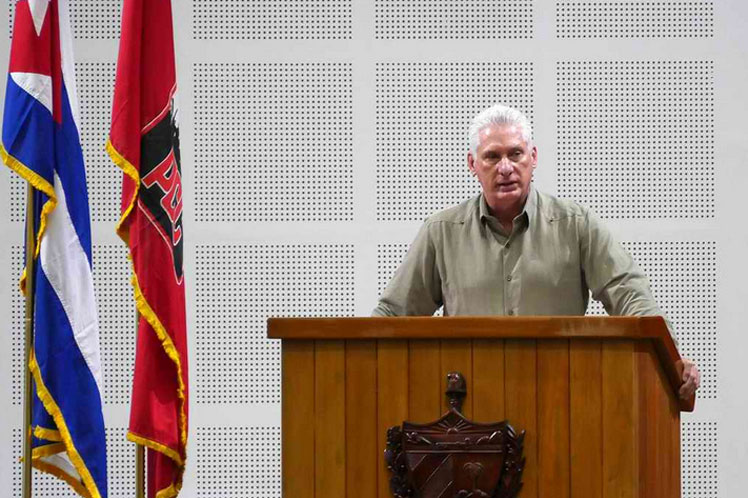 On his Twitter account, the president reiterated his words in his closing speech at the 2nd Plenary Session of the Central Committee of the Communist Party of Cuba (PCC), held last weekend, when he denounced the intention to hold an allegedly peaceful march next November, whose purposes have been labeled as illegal and provocative.

On Monday, Cuba presented new evidence on the links between the organizers of the march with terrorists and masterminds who promote political subversion against Cuba from the United States.

Among the evidence is a recording between Yunior Garcia, one of the main architects of the demonstration, and Ramon Saul Sanchez, a member of terrorist organizations such as Omega-7, Alpha 66, the National Front for the Liberation of Cuba, among others.

During the conversation, Sanchez, who is the director of the Democracy Movement, based in the United States, expressed his full support and admiration for Garcia, and offered him logistical and propaganda help in US media, as well as the creation of a flotilla to support the destabilizing action.

Rogelio Polancao, a member of the Secretariat of the Central Committee of the PCC and head of its Ideological Department, presented evidence of the links between Garcia and Manuel Cuesta, also a promoter of the march, and projects and courses received by both on the themes respond to the generation of public protests and methods of political, social and economic change.

He also pointed to an article on the Cuba Money Project website, which shows that the United States Agency for International Development (USAID) granted more than six million dollars to subversive projects against Cuba.