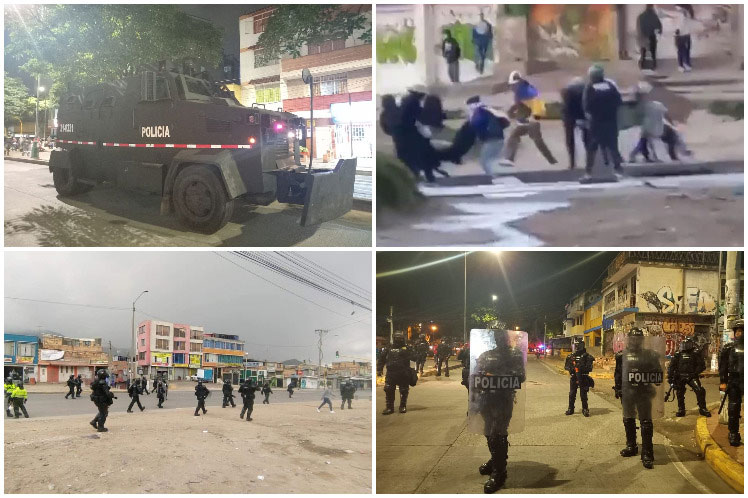 ‘The use of reduced lethality weapons that have caused multiple personal injuries and even the death of those who demonstrate continues,’ stressed the network of organizations that works to denounce arbitrary detentions, judicial persecution and criminalization of social protest in Colombia.

It pointed out that last night the excessive and abusive actions of the Mobile Anti-Riot Squad (Esmad), the elite arm of the police, seriously injured several people in Usme, in the south of the capital.

He also denounced the aggressions against the press and human rights defenders, whose work of verification and intervention in favor of the fulfillment of the fundamental rights of those who demonstrate is hindered by the uniformed officers.

‘Criminal investigations are urgently needed against officers of the security forces who have committed abuses of this type,’ the network urged.

Meanwhile, the newspaper El Tiempo, confirmed that ‘a 14 year-old boy is fightingfor his life after being hit by a gas projectile launched by the Esmad in the aforementioned locality, where dozens of people came out last night to protest against the government.

It was also determined that another 17 year-old minor was wounded, the publication added.

According to the newspaper, Army General Jorge Eliecer Camacho, commander of the Metropolitan Police, said that they are working to clarify the facts and warned that there will be disciplinary sanctions if the responsibility of any agent is proven.

Throughout 22 years of existence of the Esmad at least 61 died and there are a large number of complaints of police abuse, excessive force and crimes that can be equated with torture, among others.