Cuba for an economic-social agenda of changes without interference 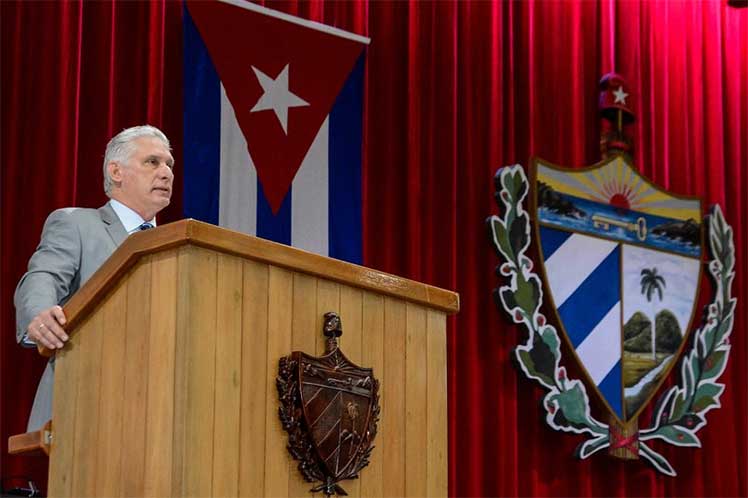 Cuba for an economic-social agenda of changes without interference

Havana, Oct 29 (Prensa Latina) Cuba is currently prioritizing the economic transformation, the reopening of borders, mass anti-Covid-19 vaccination and popular dialogue, amid the global crisis and the siege by the United States, President Miguel Diaz-Canel stressed.

Addressing the legislators of the National Assembly of People’s Power (Parliament), the president showed on Thursday his optimism about the Caribbean nation’s capacity to face these challenges and improve the socialist revolutionary process.

During his speech at the end of the 7th ordinary session of the Legislative, the head of State advocated for greater citizen participation in government management, urged to respect the heterogeneity of the nation and strengthen the People’s Power as the basis of the political system.

Diaz-Canel referred to one of the pressing problems of national life at present, inflation, and said that this is an issue whose solution is a priority from the Government as part of the economic transformation process.

The President stated as actions that demonstrate that Cuba does not stop, the approval of 43 measures for the development of the socialist State enterprise, 63 others dedicated to boost agricultural production and the expansion of the economic actors with the emergence of the micro, small and medium enterprises.

The head of State mentioned as one of the main strengths of the Caribbean nation the fact that this is the first Latin American country that has developed three own vaccines and two vaccine candidates, as well as the first nation that is immunizing all children aged 2-18.

Likewise, he remarked that in the last few weeks, the number of people sick and dead due to Covid-19 has dropped considerably, placing the island in a favorable position to reopen the borders and promote the economic-social reopening.

The President stressed that all this is happening despite the economic, commercial and financial blockade imposed by the United States, which is part of Washington’s interference in the internal affairs.