Capitalism will not be the solution to climate crisis, Arce assured 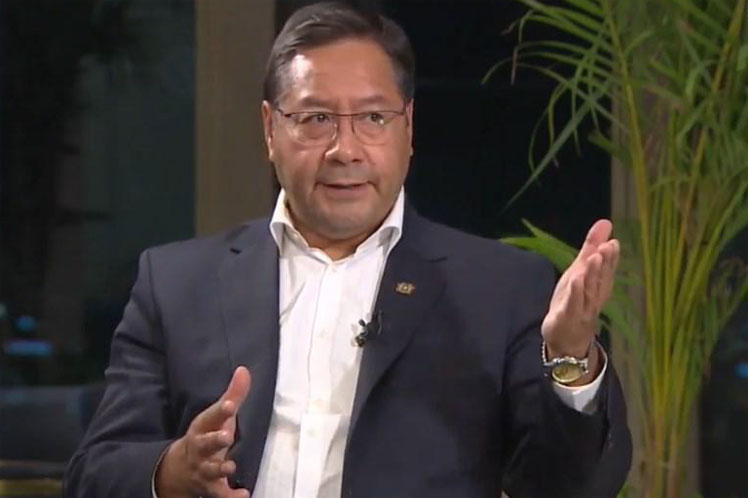 Capitalism will not be the solution to climate crisis, Arce assured

“The solution is to change the model of civilization and move towards an alternative model to capitalism, which is the horizon to Living Well in harmony with Mother Earth”, the president stressed when speaking at the Summit on Climate Change.

Arce emphasized that developed countries promote a “new world recolonization process” which he called “new carbon colonialism”, by trying to impose their own rules in climate negotiations and thus foster the “new green capitalism”.

With this they seek, he said, that developing nations “have to assume these playing rules without any other choice”.

We see with frustration that there is still a global framework that does not define a global solution to the climate crisis, the president said, and stated that this is the main problem to face “for the defense of humanity and life in Mother Earth”.

He regretted that scientific studies and reports show that states are still very far from reaching the goals to face “the global climate crisis”.

Referring to Bolivia, the president noted that they are about to conclude the preparation of a ‘Nationally Determined Contribution’ by 2030, which ratifies the commitment against “the climate crisis in the sectors of water, energy, forests and agriculture”.

The strategy is contained in five main points raised in the proposal of the State, along with the structural confrontation of the environmental crisis from the perspective of the peoples and the urgent call by Mother Earth to fight this situation.

The South American head of state questioned the lack of “true commitment” of developed countries to the emergency, and denounced that measures adopted so far “are very far” from commitments made six years ago in the Paris Agreement.

He condemned the hypocrisy and lack of commitments of so-called First World on the balance of carbon emissions by 2050 and called for meeting the goals for its reduction in compliance with what was agreed in the French capital, for which they must transfer the necessary financial resources to the world in development, he said.

Through the ‘Living Well’ or ‘Good Living’ model, Bolivia proposes coexistence in harmony and balance with the cycles of Mother Earth, the cosmos, life and history in the form of existence; as expressed according to official sources.

Covid-19 booster vaccines are being applied in Bolivia

Covid-19 booster vaccines are being applied in Bolivia