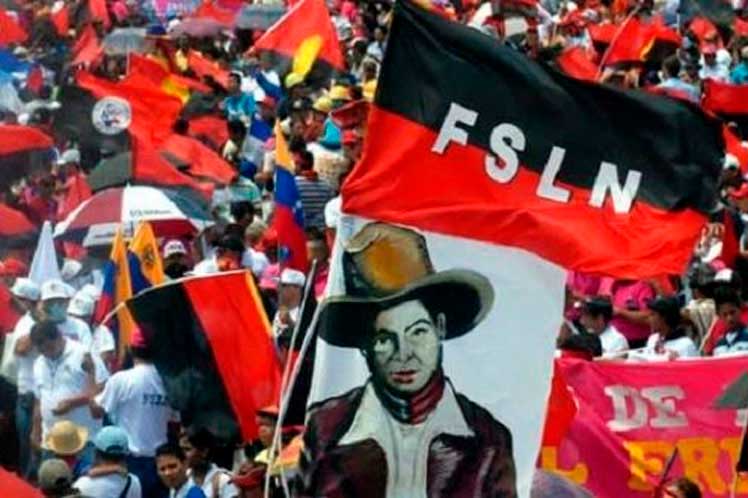 The poll, carried out from October 16 to 23 among over 2,000 people over 16 years old, revealed the citizens’ intention to maintain peace, stability and progress and their confidence in the Sandinista Government regarding indicators, such as the capacity to solve problems and communication.

Similarly, those interviewed expressed a high level of satisfaction with ten services offered by Daniel Ortega’s Government, among them, good state of the roads, transportation services, household electricity, drinking water, quality and free public education and health, and job opportunities.

According to 69.8 percent of the participants in the study, the future of Nicaragua in the next five years will be one of stability, security and economic progress, and 79.3 percent recognize the progress made by Nicaragua in 14 years, since the return to power of the FSLN after the 2006 elections.

For the great majority of the universe consulted, the most significant thing is that in democracy the people have real opportunities to improve their quality of life, and 65.2 percent described as quite or very much the freedoms for citizens to think, say and do, as long as respect for laws and social customs prevails.

The respect index exceeded 70 percent in parameters such as, freedom of religion, citizens’ right to own property and to move within the national territory and abroad, freedom of enterprise, human rights of the population and freedom of expression of the media.

On November 7, Nicaragua will go to the polls to select the president, vice president and legislators to the National Assembly (NA) and the Central American Parliament (PARLACEN), with a participation of over four million voters.